A complaint has been filed before a court in Muzaffarpur, Bihar on Thursday against Sadak 2 filmmakers Mahesh Bhatt and Mukesh Bhatt, and actress Alia Bhatt for hurting Hindu sentiments through the poster of their upcoming film.

Acharya Chandra Kishore Parashar, a resident of Sikandarpur locality of the town logged the complaint through his advocate Sonu Kumar. The complaint was filed for the use of an image of Kailash Mansarovar in the poster of the movie, Sadak 2.

Earlier, during an interaction Alia Bhatt revealed why Mahesh Bhatt chose to use an image of Kailash Mansarovar on the poster. Reading from a note by her father, she said, "Mount Kailash, the ageless mountain, has the footprints of gods and sages. It is the abode of god of all gods, Lord Shiva. So do we really need anything else? Or actors in that sacred space? Since the beginning of time, humanity found its shelter in Kailash. This is a place where all search ends. Sadak two is a road to love. This sequel to Sadak will take you on the mother of all love pilgrimages."

Complaint Was Filed Due To The Sadak 2 Poster

According to reports, Chief Judicial Magistrate Mukesh Kumar has fixed July 8 as the next date of hearing in the case, lodged under IPC 295A (deliberately outraging religious feelings) and 120B (criminal conspiracy).

Mahesh Bhatt Returns As A Director With Sadak 2

Sadak 2, produced by Mukesh Bhatt is the sequel to 1991 hit film Sadak starring Sanjay Dutt and Pooja Bhatt. The sequel will bring Pooja Bhatt and Alia Bhatt together on screen for the first time. The film also stars Sanjay Dutt and Aditya Roy Kapur in lead roles.

Sadak 2 Will Release On Disney+ Hotstar

Sadak 2 also marks the return of Mahesh Bhatt as director after a hiatus of more than two decades. The film has skipped the theatrical release and will soon be available to stream on Disney+ Hotstar. 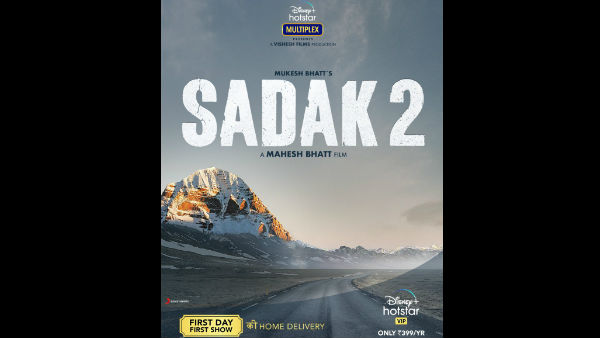 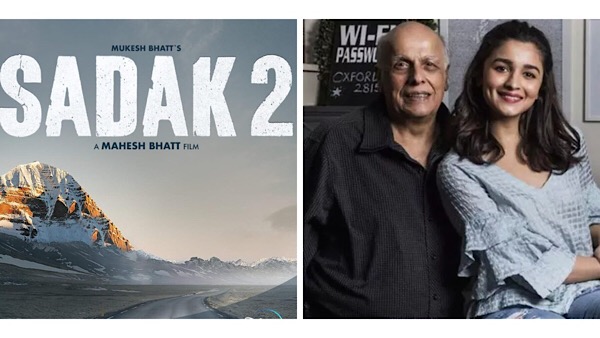