For any actor, it is a huge feat for their characters to be remembered by their name and stay lingering with the audience. Such is the impact of Deepika Padukone's portrayals. While there is no denying that Deepika is one of the leading actresses of the country, the impact of her work is so deep that people remember most of her characters by name.

Here are some of her most loved characters that people fondly remember from her different movies:

1. Piku - Deepika's performance in Piku was lauded by many. Her portrayal of a simple architect who spends most of her time working and taking care of her father won hearts all over. Piku became synonymous with every loving daughter.

2. Naina Talwar - One of Deepika's most iconic characters is none other than Naina, a girl next door and relatable character in Yeh Jawani Hai Deewani. Both, the film and Deepika's character Naina Talwar have etched a permanent place in the hearts of millions around the world. The glasses she wore in the film also became quite a rage among her fans.

3. Veronica - Deepika's portrayal of Veronica in Cocktail was something the audience hadn't witnessed before. That role changed Deepika's career forever, for the best. Veronica was a complex character with multiple layers to her personality, something that was the opposite of Deepika in reality but the actress stunned everyone with her performance. She had transformed on screen.

4. Meenamma - Chennai Express saw Deepika play a unique and comical character. Meenamma with all her quirks and her heavy southern accent, stole the spotlight. We just pronounced Meenamma in THAT tone, in our heads! It is not easy perform comedy and it wasn't Deepika's forte but she nailed it. Everyone definitely remembers the Thangabali scene.

5. Mastani - Portraying the role of Mastani in the epic drama Bajirao Mastani, Deepika proved her stance as the leading lady of Bollywood. Her strong and fierce character received praises from her fans and industry were alike.

6. Leela - Ram Leela was an adaptation of the classic love story Romeo and Juliet and saw Deepika play Leela who was fearless and her beauty was enchanting to say the least.

7. Padmavati - Her first look as the Queen itself had created a roar among the audience where her fierce eyes spoke louder than words. Without saying much, she communicated so much with her eyes.

8. Malti - Deepika's most recent outing was more than just a film. Inspired by the story of Laxmi Agarwal, Deepika played Malti, a victim of acid attack in Chhapaak which highlighted the struggles of acid attack survivors. Deepika carried the character with sheer dedication and brought about the nuances, unforgettably. 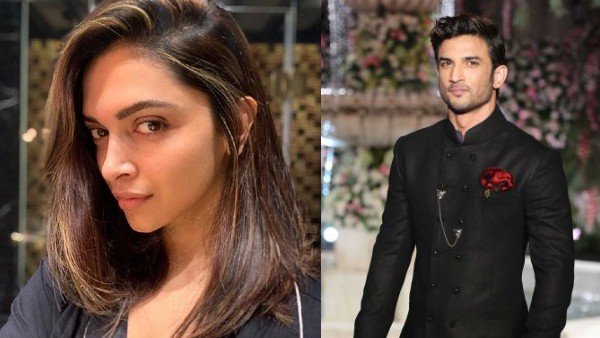