A while ago, Shah Rukh Khan conducted #AskSRK session on Twitter and it's the best thing that happened today for all the SRKians. Why, you ask? Well, it seems that while interacting with his fans, Shah Rukh just dropped a major hint about his next project. When a fan asked SRK "#Which director you would love to work with? Martin Scorsese or Chris Nolan?", SRK said, "Wow both are awesome and I have met them...but Raju apna sa lagta hai...nahi?"

Fans can't keep calm and they have been tweeting constantly that SRK just dropped a hint about his next project being with Rajkumar Hirani. Rajkumar Hirani's last directorial was Sanju, which featured Ranbir Kapoor in the lead role and the film was a blockbuster at the box office. It would be interesting to look forward to the collaboration of Khan and Hirani.

Coming back to #AskSRK session, when a fan asked SRK, "Decline is inevitable in a life cycle. When/how do u know its right time to change careers/call quits if u are a superstar?", the Zero actor replied, "Wouldn't know....try asking a superstar. I am just a King unfortunately..."

We love SRK for his witty replies. Don't we?

P.S. He's indeed the King of our hearts!

A die-hard fan of SRK also quizzed the actor about when he will announce his next project as he is tired of waiting for the announcement, to which SRK said, "Don't tire yourself. It's obvious I will do some films...it's obvious they will be made..and it's obvious you all will know." 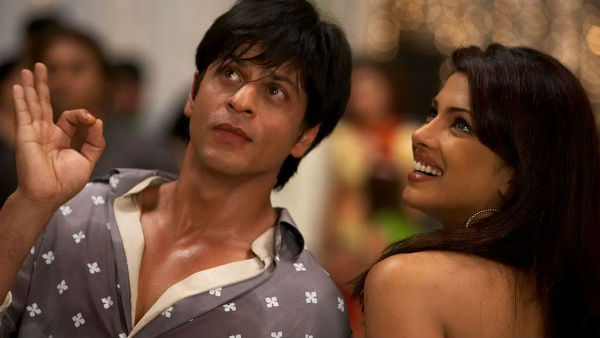 Will Shah Rukh Khan And Priyanka Chopra Ever BURY THE HATCHET? The WHO Event Has Gotten Our Hopes Up

While signing out, SRK reminded his fans to maintain social distancing and tweeted, "Thank you all for #AskSrk Need to get back to doing nothing. Please stay at home. Physical distancing. Hygiene. And respect all who r doing amazing work on ground. Just Love a lot more and do nothing...because 'Jo kuch nahi karte woh kamaal karte hain..'"