Ever since the first look of Kangana Ranaut from Thalaivi has been revealed by the makers, the film has received mixed response from the netizens. While some are praising the makers for roping in Kangana for the biopic of late Tamil Nadu Chief Minister J Jayalalithaa, some are slamming the makers as they feel she is not the apt choice for the biopic.

Amid all the reactions, a popular writer from Kollywood, Ajayan Bala took to his Facebook page and alleged that he was back stabbed by the film's director AL Vijay.

He wrote, "Even though I have faced betrayal in cinema many times, I'm not able to come to terms with the insult that has been heaped on me through the film Thalaivi. The team won their case in court with the help of a novel that I had written following painstaking research for six months, but have now removed my name from the credits entirely."

"The reason: I requested them to remove certain scenes that were included for commercial reasons, but were untrue and demeaning to the leaders. I allowed various losses and betrayals from director Vijay for the sake of our 10-year-long friendship." 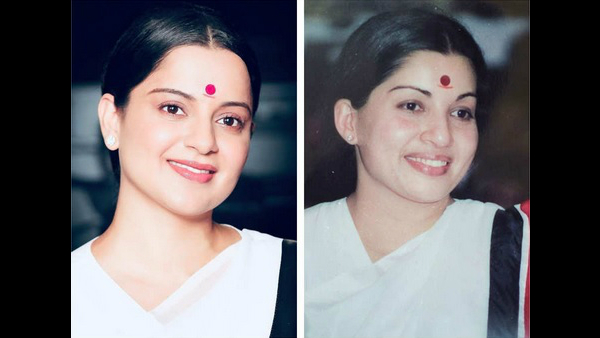 Thalaivi: Kangana Ranaut's Splitting Image As A Young Jayalalithaa Will Leave You Impressed

He further wrote, "But I'm not able to accept this time. This backstabbing is the result of the one-and-a-half years I spent on the film, from research to script discussions."

Interestingly, after a few hours, Ajayan took down his Facebook post. Media reports suggest that AL Vijay contacted Ajayan and sorted out the differences between them.