In her recent interaction with a leading daily, Disha Patani was all praises for superstar Salman Khan. She said, "Salman and I bonded over fitness. He is an inspiration to many as he is hardworking and looks so fit. Doing action for films isn't easy. It's commendable to see how at his age Salman Khan nails the action scenes." 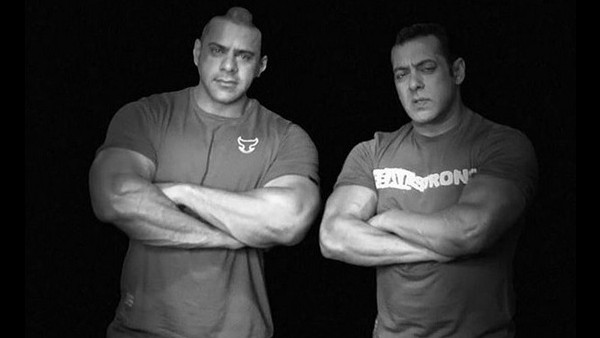 The Baaghi 2 actress further added, "Not only does he work out religiously, but he also ensures that he eats healthy food. Every time we were on the set, he would ask me what I was doing to stay fit, and I would ask him about his fitness routine."

Disha Patani and Salman Khan shared the screen space for the first time in Ali Abbas Zafar's Bharat. In fact, their song from the film, 'Slow motion' was a blockbuster and fans loved their chemistry in the same.

The duo has already signed their second film together i.e., Radhe: Your Most Wanted Bhai. Speaking of collaborating with Salman for the second time, Disha said, "Working with Salman sir again has been an amazing experience. It's a dream come true."

Apart from Salman and Disha, the film also casts Randeep Hooda and Jackie Shroff in key roles. The film is being directed by Prabhu Deva.

Disha, who was last seen in Malang, also praised her director Prabhu Deva and said, "Prabhu (Prabhudheva) sir's energy is contagious and there's so much that I've learned from both of them."

Radhe: Your Most Wanted Bhai is produced by Sohail Khan and is likely to hit the screens in Eid this year.