Post Sushant Singh Rajput's death, there has been a lot of talk about nepotism and favouritism in the Hindi film industry. While celebrities do not deny that the industry is far from perfect, the talk on social media, regarding the industry's shortcomings, has become more of noise than constructive discussions.

Actor Divya Dutta opines that this is a consequence of herd mentality with people grabbing on to something catchy that someone said. She does not deny the existence of favouritism and groupism but she also strongly believes that anyone who is good will make it big in the industry, whether they are outsiders or insiders.

"I think we have a very herd mentality. Jo ek baat kehta hai sab wahi kehte hain . We grab on to that and that phase goes on. People will just harp on that for a while until something more interesting and catchy comes by to latch on to," she told Hindustan Times.

Adding that every workplace has its pros and cons, Divya said, "There is favoritism, groupism... I mean I don't even get the whole insiders and outsiders thing because everyone who is good will make it, be it an outsider or insider. It is just the matter of that first opportunity. I agree that hamare liye initial time mushkil hota hai."

Talking about her own journey, which spans over two decades, she said, "When I came to the industry, I didn't know how to meet people, how to tell them that I'm good enough and how to get my first break. It was trial and error for us."

"It can be a longer process for people like us but I've survived beautifully without being a part of any group, and so have a lot of other people. I think people respect you for who you are rather than which group you are a part of. You don't have to be part and parcel of who they are to be accepted," she added.

Divya was last seen in the Nitin Kakkar directorial Ram Singh Charlie, starring alongside Kumud Mishra, Akarsh Khurana, and Farrukh Seyer. She will next be seen in Sheer Qorma, sharing screen space with Shabana Azmi and Swara Bhasker. It is an LGBT romance film directed by Faraz Asif Ansari. 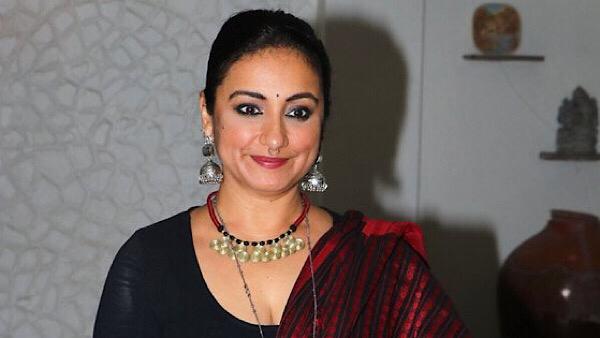 ALSO READ: Divya Dutta Opens Up On Being Replaced By Other Actors: Used To Feel Hurt And Helpless