The Narcotics Control Bureau has confirmed that Rhea Chakraborty had named actresses Sara Ali Khan and Rakul Preet Singh in her statement pertaining to a drug angle that came to light in the Sushant Singh Rajput's death case.

According to the latest reports on Times Now, the central agency is set to send out summons to both the actresses and fashion designer Simone Khambatta on Tuesday. Even though the news channel has said that Sara and Rakul will be summoned, the NCB has not yet taken a decision on it.

Filmibeat has a quote from KPS Malhotra, Deputy Director, NCB, confirming that the names of Sara Ali Khan and Rakul Preet Singh surfaced during the investigation. He also said that it has not yet been decided if the two Bollywood actresses will be summoned for questioning. "Their names have surfaced during investigation but there is no decision on the summons right now," said Malhotra.

For the unversed, Rhea Chakraborty was arrested by the NCB on September 8, in the drug angle linked to Sushant Singh Rajput's death probe. Her plea for bail was rejected by the court and the actress is currently lodged in the Byculla jail in Mumbai, and will continue to remain in custody till September 22. 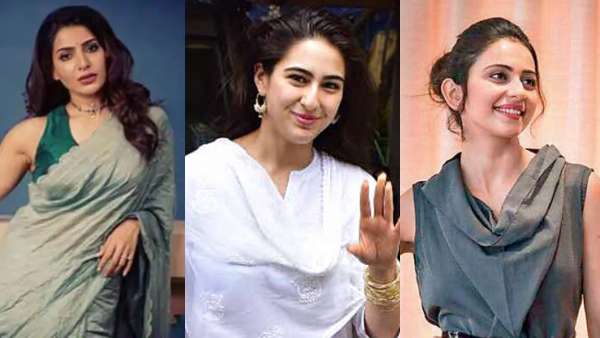 ALSO READ: NCB Deputy Director On Alleged List Of Celebs Under Scanner: We Have Not Prepared Any Bollywood List