Just a day after Nawazuddin Siddiqui's wife Aaliya sent a legal notice to the Manjhi - The Mountain Man actor, a few media portals reported the rumours of Aaliya's alleged extra-marital affair with her friend, Peeyush Pandey, who happens to be a media professional. It all happened when a few days ago, Aaliya put a picture with Peeyush as her WhatsApp display picture.

When Bombay Times reached out to Peeyush Pandey, the latter was shocked and denied having an affair with Aaliya. He said, "I got to know about their divorce notice through the media. I am the scapegoat here. These link-up rumours are completely baseless and ridiculous! Why am I being dragged into this? I have nothing to do with this."

He further added, "People around them know about their feud and what is going on between them (estranged relationship). I want to stay away from it. Why is my name and reputation being tarnished? I am in a relationship with someone, and this sort of rumour is extremely distasteful. This puts me in a spot with my family and friends."

Peeyush also asserted that his better half is already aware of the truth as she is also friends with Aaliya. Peeyush also said that he will consult his lawyer as to what needs to be done to safeguard his interests. 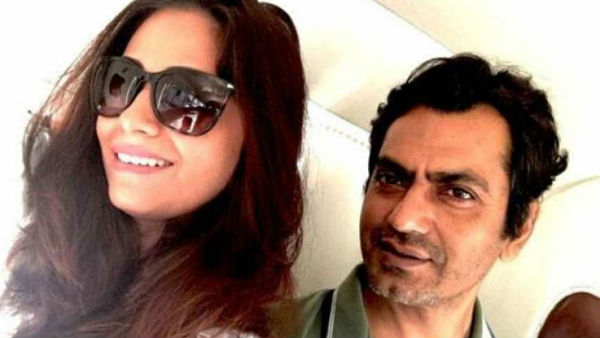 Speaking about the picture, which sparked affair rumours between Aaliya and Peeyush, the latter said, "That picture was taken at a party and there were over 20 people there. We all click pictures. It's a normal thing to do. If there are three people in the picture and you crop it and use just two people, you can claim whatever you want to."

With regard to Nawazuddin and Aaliya's case, things are getting messier with each passing day!