Janhvi Kapoor's Gunjan Saxena: The Kargil Girl has sparked a controversy after its digital release. While the film credits Gunjan Saxena as the first female combat pilot of the Indian Air Force (IAF), Saxena's coursemate Sreevidya Rajan recently claimed that she was the first one to do so.

Gunjan Saxena reacted to Sreevidya's claims while speaking with NDTV. She said that while she stands by the film and her inputs in it, it's unpleasant to go through the current controversy.

Gunjan Says No Counter-Narratives Were Introduced Before The Film's Release

Reacting to Sreevidya's allegations, Gunjan said that no such counter-narratives were introduced in the two decades leading up to the film's release. She was quoted as saying, "When I went to Kargil, I never went there thinking of setting any records, or trying to make history. My only focus was to fly and do my job as well as possible."

Gunjan revealed that her name was projected as being the first woman to fly for the IAF in a combat zone at a media interaction organised by IAF post the Kargil conflict. "From July 1999 till today, my name has featured in a number of headlines, in a number of articles, and in the Limca Book of Records, and in one of the promotion exams taken by the air force," she told NDTV.

Gunjan Says There Was No Controversy Around The Credit Before The Release Of Gunjan Saxena: The Kargil Girl

She told NDTV, "Between July 1999 and today, I don't see what has changed. The only thing that has changed is this movie being released."

Earlier this week, Gunjan's coursemate, Flight Lieutenant (retd) Sreevidya Rajan had penned a post on her Facebook page in which she slammed the makers of the film for 'twisting the facts'. She had written, "In the movie, Gunjan Saxena was shown as the only lady pilot to fly in Kargil operations. This is factually incorrect. We were posted together to Udhampur and when the Kargil conflict started, I was the first woman pilot to be sent along with the male counterparts in the first detachment of our unit which deployed at Srinagar."

Reacting to Sreevidya's claims, Gunjan revealed that she never flew with Sreevidya at the same time ‘during the Kargil operations', nor were they stationed at Srinagar at the same time. "I don't think I was looking for any clarification, about who came in one week before," she was quoted as saying by NDTV. 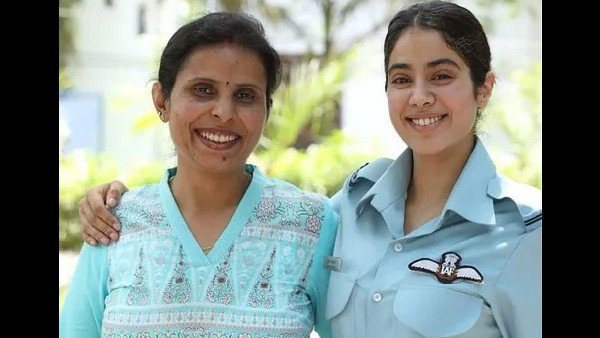 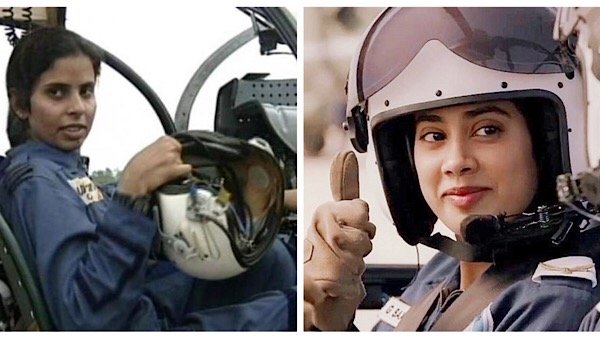 ALSO READ: Gunjan Saxena Responds To Criticism Of Her Biopic; 'I Have More Of An Iron Will Than What's Shown'