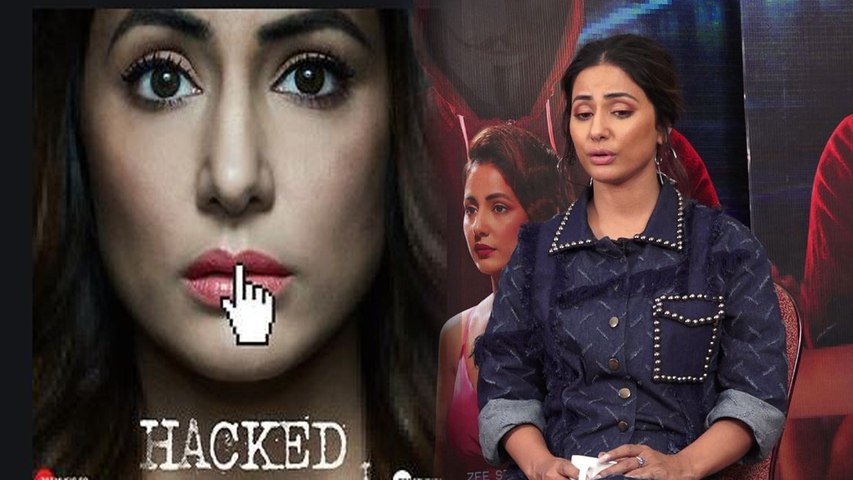 TV actress Hina Khan has finally made her foray into Bollywood with Hacked and sadly, the film is already available on internet for the free download. The notorious site, Tamilrockers, which is known for leaking almost all the movies on the very first day of its release, has leaked Hina Khan's Hacked too.

Hina Khan's Hacked, which released on February 7, clashed with Mohit Suri's Malang and failed to cross the sum amount of 1 crore at the box office.

Meanwhile, here's what netizens have to say about Hacked..

Dharmil doshi @Dharmildoshi6: "A nice movie to watch,but this movie could have been also made with 'U/A' ratings.. The adult scenes where not that necessary.. Story might have changed a bit not much difference...but that could have made a great impact on box office."

sweta singh @sweta120693: "Watched #Hacked today.. Got goose bumps after seeing @eyehinakhan acting.Guys go and watch definitely your heart will be #Hacked by @eyehinakhan.I still remember in Bigg Boss someone was said that "ye bnegi bollywood ki actress" This film is a slap for them.lots of Love #sherkhan."

Ajay Das @IammAjayDas: "Absolutely loved to watched #Hacked. An amazing, promising and very strong content.👌👌👌 @eyehinakhan Mam you looks exceptionally well as Sam. Take a bow👏👏👏 worth to watched you on big-screen."

Anjali @anjali01755393: "Watched #Hacked finallyyy.! Really nice story & loved @eyehinakhan! The way she's growing man👏🏻Go watch it. I really started liking her, she has come out as a dignified personality. Also i love watching her mom on her insta stories. #HackedReview #HinaKhan."