Hansal Mehta's biographical crime drama Omerta, recently made its way to the OTT platform. The filmmakers and lead actor Rajkummar Rao have now received due recognition for the film which had received a limited reception at the time of its theatrical release. Omerta was a film that explored the mind and some of the crimes of Omar Saeed Sheikh, a British terrorist of Pakistani descent.

Hansal recently opened up about the tremendous appreciation and feedback that is flowing in from audiences on OTT. He shared that he was disappointed when not enough people watched the film in theatres, and revealed that Anurag Kashyap had more conviction in the film than he did.

"I showed the film to Anurag Kashyap in 2017 March or April. From that day, he had more conviction in what the film was, even more than me. He said it is my best film and Anurag's beliefs has been constant. To add to that, the things Anubhav Sinha tweeted about the film. Sudhir Mishra is a senior and someone I look up to. The way he described the film, it was beautiful because somebody has understood my film so well. There are so many people writing to us everyday," said Hansal, in an interview with Hindustan Times.

When asked if he feels the appreciation came too late, Hansal said, "For me, people finally watching Omerta is great. Not enough people saw the film and I was very depressed due to this. But my philosophy in life is that things may take time but they are done eventually. It is very heartening that the film has found an audience. My films have that kind of shelf life, I am used to that journey - the journey of a film does not end. The kind of response we are getting is overwhelming, we did not even publicise. People having conversation and people loving the film. It is very heartening. I think some films have some shelf life beyond that weekend. I think my films in particular, Aligarh, Shahid. Etc."

Talking about his characterization of Sheikh in Omerta, Hansal said, "I wanted a villain who is not making faces or has crazy long hair. I did not want the physicality of the villain. He was like The Joker - looks like the normal man. The only difference is this is not Gotham city but the real world and it is not some imaginary character but a real man whose impact the world has seen. It is scary that the Pakistani government acquitted him recently." 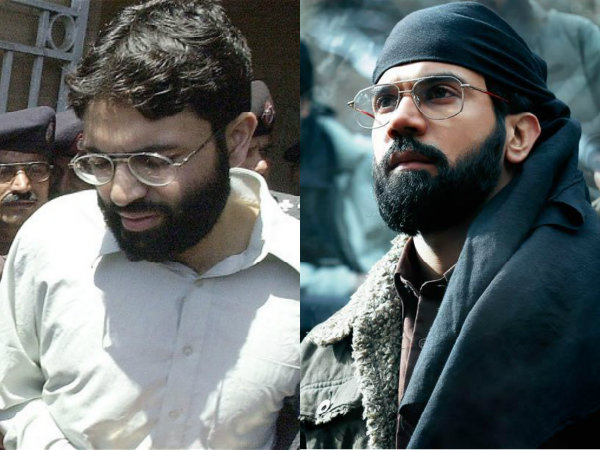