Hina Khan like many other celebrities took to her social media and wished her fans a special Eid Mubarak. She also surprised them, by revealing she will be making biryani for the first time. The gorgeous diva, currently under home quarantine celebrated Eid-Ul-Fitr with her family. 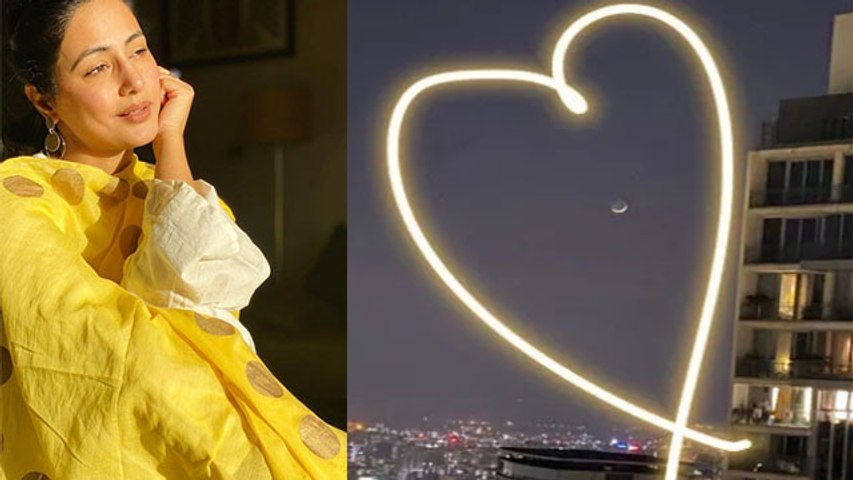 Hina took to her Instagram stories and shared several clips talking about her Eid plans and later wished Chand Mubarak to her fans. Hina can be seen wearing a black and white kurta with no makeup in the clips.

The actress said, "I am all set. I will be making Biryani for the first time, so I don't know how it will turn out, but I promise you I won't let you guys down and will make the best biryani ever. Right now I will start with the process and marinate the meat. It will be kept overnight and will make the biryani tomorrow since Eid is tomorrow."

She also shared a short video where she can be seen marinating the meat, the caption read, "Marination done right, Yayyyyy. Step 1: Sucess. #Eid Preps."

Earlier, this morning Hina shared an update with her fans after waking up. Calling herself a sleepy head she said, "It is weird to wake up at a time when you are usually sleeping for the past month. And the worst part is, you don't even get any sleep in the night either because you are not used to the routine." She then cries a little thinking about having to prepare the Biryani and adds, "Now I also have to get up and make the Biryani. Anyway, guys, good morning and Eid Mubarak."

On the work front, Hina's short film Smartphone released a few days ago and garnered her much appreciation. She also made her Bollywood debut this year with Vikram Bhatt's mystery thriller Hacked.