Remember Ravi Chopra's 1980 directorial, The Burning Train, which had a star-studded cast including Dharmendra, Jeetendra, Vinod Khanna, Vinod Mehra, Hema Malini, Parveen Babi and Neetu Singh? Well, the cult film is now all set to get a remake. The reboot will be produced by Juno Chopra and Jackky Bhagnani.

The Burning Train, which was helmed by Juno's father Ravi and produced by grandfather BR Chopra, revolved around a newly-launched train, Super Express, that claims to be the fastest in India, but catches fire on its inaugural run from Delhi to Mumbai after a bomb blast.

Jackky Bhagnani confirmed the news of the remake to Mumbai Mirror and was quoted as saying by the tabloid, "I'm sure many of us did. It's classic Bollywood and I'm thrilled to be working with my friend Juno to recreate the magic that Ravi Chopra sir had 40 years ago. It has its heart at the right place and we are all set to give it our all."

The remake will also be a multi-starrer and is slated to go on floors in the second half of this year. Jackky continued, "We will be finalising the cast soon. The modern adaptation will be set in a train itself and will have a new twist."

Meanwhile, producer Juno Chopra recalled watching The Burning Train with his dad and shared, "I remember my dad had gone to Los Angeles for the VFX, which back then, was way ahead of its time. I was blown away by his vision and I am excited to make my own version of the film. Currently, we are on the verge of signing the director." 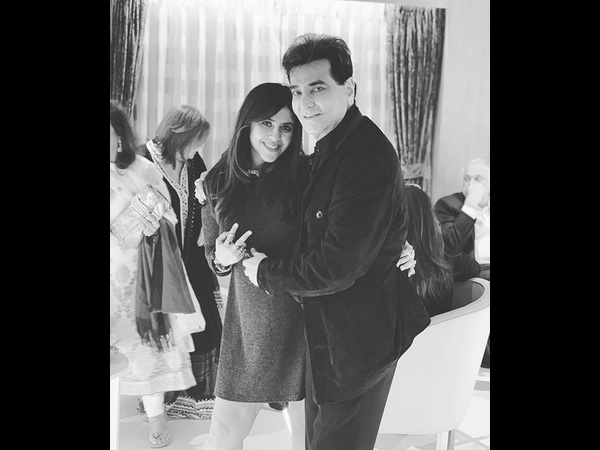 Jeetendra Reveals Why Ekta Kapoor Named Her Son Ravie; Says His Family Feels The Baby Looks Like Him