Currently, the Hindi film industry is in the headlines for all the wrong reasons. Ever since actor Sushant Singh Rajput breathed his last, netizens have been venting out their anger on social media over existence of nepotism in the industry. However, actor John Abraham has all positive things to say about the industry.

He told HT, "People are accommodating, some are not so accommodating. As a whole, the industry has been very gracious, and extremely good. Contrary to the way people are looking at our industry today, I think it's a good place, it's not that bad."

John further added that industry is more conspicuous, because it's out there in the open, and celebrities get crucified a lot for it.

He further asked, "Have I got opportunities from people who have been in the industry? Yes. Have I been the flag bearer for taking people from outside the industry (in films I produced)? Yes. I have been in both places, and there's no thumb rule that someone is good or bad. It's a very individual place. You can choose to create your own path."

While singing praises of the industry, he said that it's the only place where he feels that people are agnostic.

"Even if religion is being thrust today into our system, there are a lot of us who choose to be agnostic to religion. That's great, and good example for a lot of people," added the Madras Cafe actor.

Amid all the negative talk about the industry, John also said that he wants to be that one person, whom people look at and say that industry is a decent place, and if being an outsider, John can survive, then others can too! 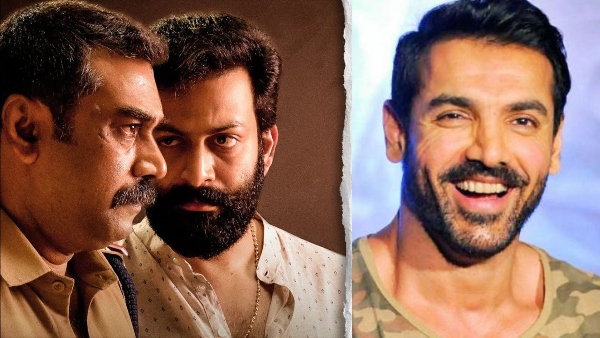