Juhi Chawla and Shah Rukh Khan's friendship goes back a long way. The two actors are close friends, and have worked in many Bollywood hits like Darr, Raju Ban Gaya Gentleman, Yes Boss among others. In a recent interaction with a leading daily, the actress opened up about her equation with King Khan. Juhi also looked back at her journey in the film industry and recalled how she used to react to her box office failures.

When asked about a piece of advice she would give her younger self, Juhi told Times of India, "I'd say keep that ego in check. Because I think I made a lot of foolish decisions, when I was flying high, when films were doing well. I thought you know wow it is all about me, again. I made some foolish decisions at that time. Then yes, I say be good to your parents and this I heard from Shah Rukh actually. There was a time when I was shooting for Darr and I had a little spat with my mom and I didn't realise people were around me and later he corrected me that you know be nice to your parents."

The actress said that SRK's piece of advice stayed with her and continued, "Yes, because later on that's what happened. I would never have imagined this. Then I said something, I could have done better."

Juhi Chawla Talks About Her Friendship With Shah Rukh Khan

Juhi was quoted as saying, "We have been through ups and downs. We started out almost together. He came in a little later like 2-3 years down the line. But then, we worked as co-stars and production happened and we faced failure there. So, it is not easy when you have to face failure. It is great when things are going great and everybody is happy. We faced failure and we faced loss and then somehow, we have come through. It has been a roller-coaster ride. We have had our ups and downs. We have seen all kinds of phases in our lives. Eventually some people are just there you know. You see how strange life is; it is like certain people who stay on in your life and become your horizon. He has been one of them."

"Recently for the past couple of years I have not met him on his birthday but we all happened to be in Dubai together for the IPL this year, we went out for his birthday, Karan (Johar), Manish (Malhotra), Shah Rukh, Pooja his secretary, Gauri, and we just had a great evening that day. Some things do remain the same," Juhi told the tabloid.

In the same interview, Juhi also opened up about how she reacted when her films didn't work at the box office. The actress told Times of India, "I would cry for two to three days. I would sit in my bed and mope over it and be very upset like why did this happen ? I used to think that maybe if I cry maybe God would listen to me and something will happen. I used to actually get very jittery on the first weekend knowing that the fim is not working or is not picking up, then I would get upset for a few days and be very shaken ki ab kya hoga, what will happen to me."

The actress said that she made some foolish decisions in her career by turning down few films like Dil Toh Pagal Hai and Raja Hindustani which went on to become huge hits. Talking about them, she said, "That's what you are young and you are silly and nothing can equal an experience you grow only with experiences in life. I have grown." 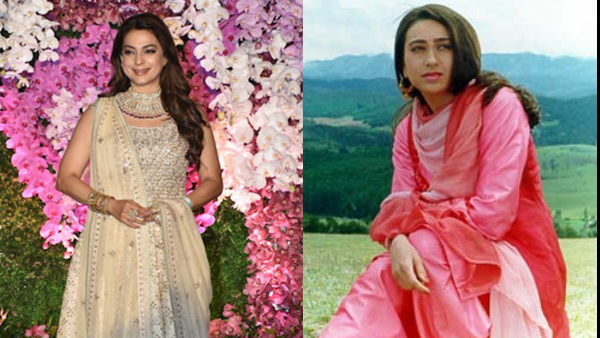 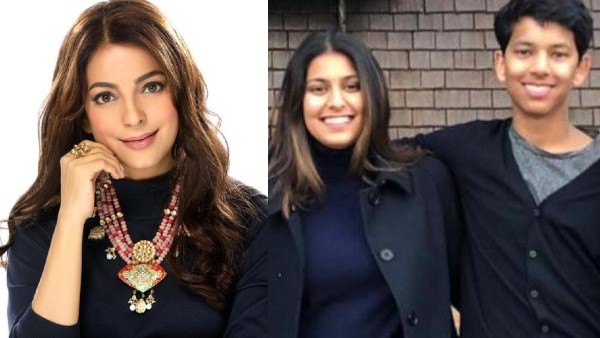 ALSO READ: Juhi Chawla Says Her Son Doesn't Want To See Her Romancing On Screen Because Of This Reason