Kangana Ranaut is one actor who is known to be a non conformist in the Hindi film industry. As an actor who had no previous ties to the industry, she has had a remarkable journey climbing her way to become a huge star. However, there was a time when people thought she was a 'gold digger'.

In a recent interview, Kangana opened up about being perceived as a gold digger from a small town. She shared that she was never a material person, but being looked at that way changed her life forever. Now, Kangana wants to be one of the richest people in the country by the time she is 50 years of age.

Speaking to Pinkvilla, Kangana said, "To be honest, I never thought I'd come this far. I never had these as my primary ambitions. I didn't have material ambitions. But it started off when I saw that women are hugely judged for not going after material ambitions. Men are running this race. The women feel vulnerable at that point. Being a woman, I don't think about money. But am I looked like that from an outer perspective? That I'm a gold digger from a small town?"

She continued, "This is something that has been so obnoxiously told to me which changed the course of my life forever. Then, it became about material things. Then, I thought that maybe, I will have a fair chance in the society if I have that. So now, I have another goal, to be one of the richest people in India by the age of 50."

Kangana will next be seen in Thalaivi, which is a biopic on Tamil Nadu's former Chief Minister, J. Jayalalitha. The film will release in Hindi, Tamil and Telugu. 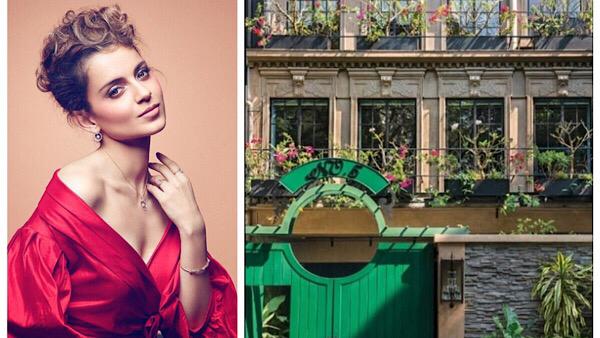 ALSO READ: Kangana Ranaut's Family Was Against Her Buying A Bungalow Worth Rs 48 Crore For Her Office