Actress Kangana Ranaut is infuriated with Jaya Bachchan's recent remark against her wherein the latter slammed the former, saying that one can't point a finger at the entire film industry just because a few people from the industry are indulged in wrongdoings. Jaya Bachchan also reprimanded Kangana for using words like 'gutter' for the industry people, and urged her not to use such language. 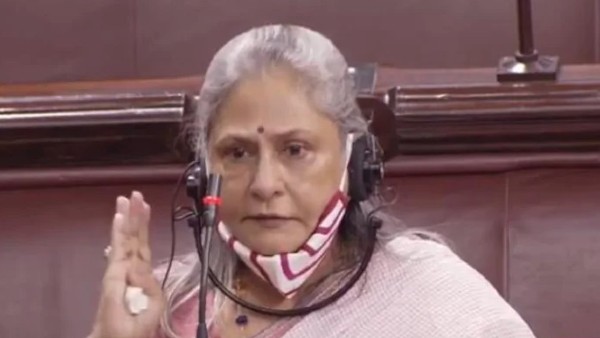 It all started when Kangana targeted Bollywood as well as the Maharashtra government via her recent tweets over actor Sushant Singh Rajput's death. Things turned worse when Kangana's office was demolished by the BMC in her absence in Mumbai.

Netizens Come Out In Support Of Kangana

While supporting Kangana, a user tweeted, "Mrs Jaya Bachchan is lecturing & defending the gutter industry people, but DID SHE tell Sanjay Raut NOT to use language like Haramkhоr for #KanganaRanaut?"

The statement of Jaya Bachchan didn't go down well with many netizens, and they slammed the senior actress for not reprimanding Shiv Sena leader Sanjay Raut for using foul language for Kangana.

A user slammed Mrs Bachchan and tweeted, "She wants freedom of speech for Sanjay Raut to haramkhorize the women of our society but wants Kangana to be shut if she calls out the drug cartel & movie mafia. Film Industry will be called gutter cz they killed Sushant. Mrs Jaya Bachchan yall're swimmin deep inside that gutter!"

"The whole @SrBachchan family hypocrites. They kept quite when a woman from the same industry whom she is saying should not be defamed was insulted, no support for #SSR given, they didn't utter a word on drug mafia when Rhea was arrested. Now jaya has come in support of Bollywood," wrote another user.

What's Your Take On The Entire Fiasco?

We wonder how would Jaya Bachchan react to Kangana's tweet. Meanwhile, what do you think about the whole fiasco? Tell us in the comments section below.