Anurag Kashyap, co-producer of Saand Ki Aankh, revealed that Kangana Ranaut was approached for the film but she wanted it to be changed from two characters to one, and from old to young.

Saand Ki Aankh, which eventually starred Taapsee Pannu and Bhumi Pednekar, was a biographical movie on two sharp shooters, Chandro and Prakashi Tomar, both over 60 years of age. In that sense, if the script had been modified according to Kangana's alleged wishes, it would have not remained a biographical film.

Speaking to NDTV, Anurag said, "When Saand Ki Aankh script was pitched by Tushar to Kangana, she said the story is great but what is the need for two characters? Make them one and young and I will do it."

He added, "All her films have now become about herself. She thinks probably that is how stars make films. She is such a big star but is she empowering people?"

Interestingly, Anurag has countered what Kangana's sister Rangoli Chandel had claimed earlier. When actress Neena Gupta had questioned why senior actresses were not given the roles, Rangoli had claimed that Kangana was approached for the film, but had told the makers to cast senior actresses like Neena and Ramya Krishnan in it.

Without addressing Anurag Kashyap directly, Kangana's team tweeted that 'some woke liberals' were lying about Saand Ki Aankh, and that the actress had 'sacrificed a good script' so that senior actresses could get a chance. "Shame on these jokers for spreading lies," they wrote, not mentioning who exactly was lying.

..she sacrificed a good a script but their desperation ruined an opportunity of a good film about grandparents and senior acrtresses lost out on work who need to be seen by audiences in new light, shame on these jokers for spreading lies .. 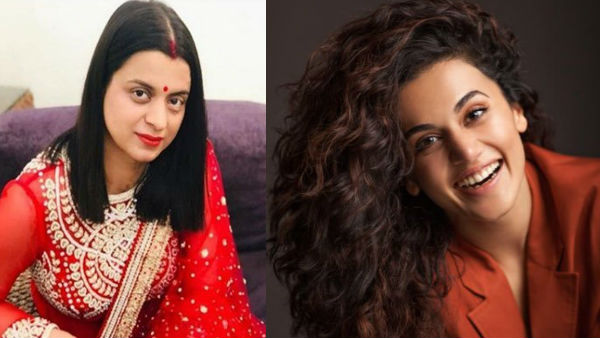