In a career spanning 20 years, Kareena had many ups and downs, but the actress proved her acting mettle. Today, she has established herself as one of the top leading ladies in Bollywood. On completing 20 years in the film industry, Bebo reflected on her journey, and shared a throwback picture of her first shot from Refugee.

Kareena Kapoor Khan wrote, "My first shot was at 4 am... I woke up this morning at 4, looked in the mirror, and said to myself that this was the best decision I could have ever taken. 20 years of hard work, dedication, and self-confidence... I am extremely grateful to all my fans for all your love, support, and strength... Thank you #JPDutta for my life in the movies... @bachchan for being the sweetest co-star... and every single person involved in this film. Want to go back in time... #20YearsAndNotGivingUp."

"It has been an amazing 20 years. It has been a fabulous journey working with some amazing people. I was born to act because I feel that's where my passion is and I will hopefully act till the end of my life," the actress recently said in one of her interviews.

Talking about how immature she was when she had entered Bollywood, and how her perspective towards things have changed with time, Kareena was quoted as saying in a BBC interview, "It makes me feel like, "what was I thinking?" Because so much has changed in the last two decades and I have changed as a person. My entire approach to life and thinking has changed. I think when I was 17, you're immature, you kind of think like you own the world. Of course, a 17-year-old should think that, as that is the age to think that and learn from mistakes. I'm happy to know I have nothing to regret, but I have learnt from my mistakes."

Niddhi Dutta posted a throwback picture, in which her father JP Dutta is seen sharing a frame with Abhishek Bachchan and Kareena Kapoor Khan. While Ab Junior looks dapper in a suit, his leading lady Kareena is a charmer in a sleeveless white salwar-suit. 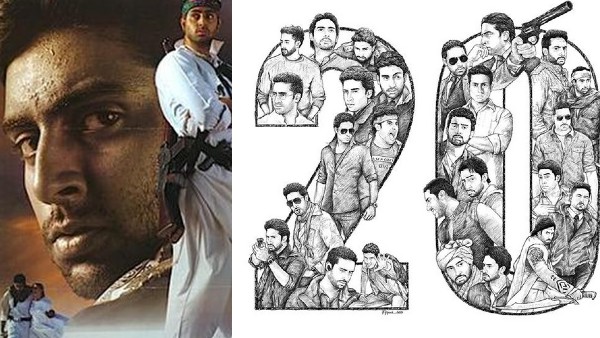 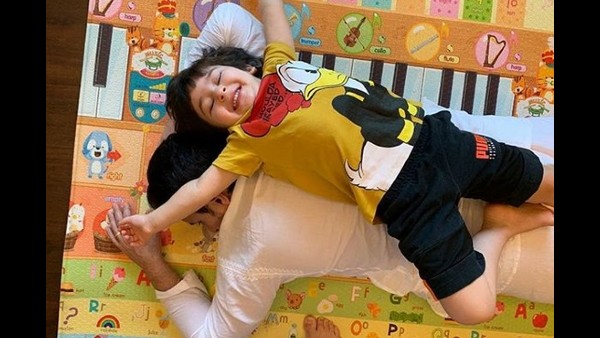