Kartik Aaryan who is currently basking in the success of Pati Patni Aur Woh, is excited to bag a project with Deepika Padukone. The actor was earlier seen with Deepika in a video at the airport, where he can be seen teaching the actress he hook team for 'Dheme Dheme'. After their video went viral fans were hoping for the two to collaborate for a project and now it looks like both actors are also keen on the idea.

Kartik took to his Instagram yesterday and shared a fan-made throwback collage of his picture with Deepika Padukone. The picture had Padukone in a tennis outfit from her debut film, Om Shanti Om, while Kartik's picture was from a photo shoot. He can be seen donning Salman Khan's Mene Pyar Kiya look, that picture reportedly got him the audition for Pyaar Ka Punchnama.

Deepika also responded to the Instagram story, she too seemed on board with the idea of collaboration with Kartik but she had different questions, she captioned the post as, 'Why these photos though'. The two continued on their banter through stories, he went on to answer her question and wrote, 'tabse qainaat iss koshish mein lagi hai' (because since then the universe is hoping for our collaboration).

The two have been sharing comments on social media and are often seen together at gatherings. Earlier Deepika also commented on Kartik's Christmas post, he had captioned it as, 'Y fear when Santa is here. Kis kis ko gift chahiye .' To which she had replied saying, she wants everyone to watch her upcoming film Chhapaak.

It is highly speculated the two are slowly getting their fans accustomed to their jodi, before they announce a project. After Pati Patni Aur Woh, Kartik be seen in the sequel of Love Aaj Kal with Sara Ali Khan and will also be seen in Bhool Bhulaiyaa 2 and Dostana 2. 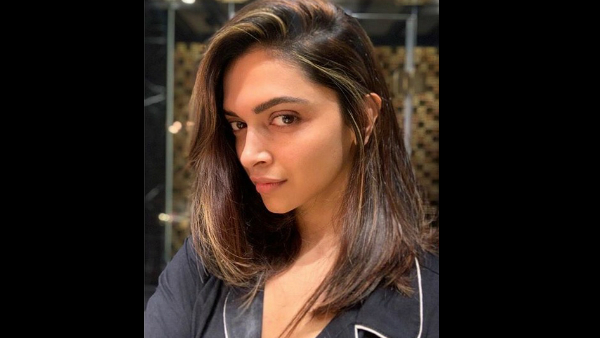