The recent Hathras case has not only shocked the entire nation, but has left us infuriated. The way the 19-year-old girl was tortured was horrific and inhumane. Many B-town celebrities like Akshay Kumar, Kareena Kapoor Khan, Kangana Ranaut, Alia Bhatt, Sidharth Malhotra, Priyanka Chopra, etc., reacted to the horrendous incident, and wished for the worst punishment for the assailant.

Now, actress Kriti Sanon pens a note on gender equality, smashing the patriarchal thinking of the society, and asked the society to give the women equal treatment and opportunity, rather than worshipping them and touching their feet on Kanjak/Ashtami.

The Bareily Ki Barfi actress wrote, "Its not a new story, its an old one! We have witnessed several such cases that made us angry, disgusted, upset, numb and scared all at the same time! People voiced in millions, protested, condemned, demanded the culprits to be given the most horrifying punishment possible, participated in candle marches and more! But the sad truth is that NOTHING changes!! NOTHING!"

While giving the previous year's statistics of rape cases in India, Kriti wrote, "India recorded an average 87 rape cases every day in 2019 and 4,05,861 cases of crimes against women during that year- 7% more than 2018. (Not citing 2020 because lockdown statistics won't reflect the real state.)"

While slamming the patriarchal thinking rooted deep in people's minds, Kriti wrote, "It is the MINDSET that needs to change! The patriarchal thinking that is set so so deep in people's minds for years! It needs to change from the very base! The upbringing of both boys and girls.. that doesn't teach them to differentiate or doesn't tell them that men are superior or crying is a girls's thing, that boys can be out till late, but girls shouldn't."

"Instead of worshipping your daughters and touching their feet on Kanjak/Ashtami, give them equal treatment and equal opportunities! Tell them they are no less and educate them so they can become independent," added Kriti.

Kriti also asked the society to stop telling others that 'boys will be boys', and also stop telling your boys that they should know how to control their wives. Kriti concluded by saying, "When Gender Equality will start at HOME, change is inevitable!" 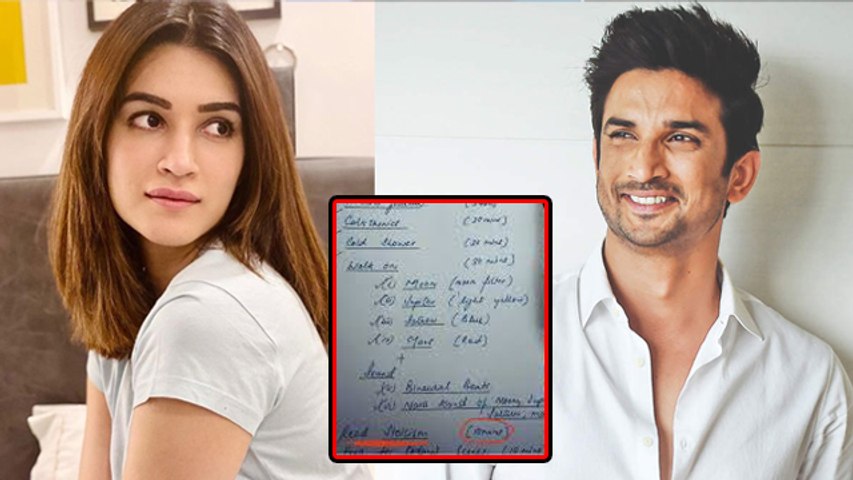