Actress Kriti Sanon is all set to play a surrogate mother on screen in her next, Mimi. Even though it's quite early for an actress like her, who has been in the film industry for just six years, to play a mother, Kriti feels super-excited about her role. She said, "I play a young girl who aspires to become a Bollywood actress."

"Yes, Mimi has dreams of her own and there is a reason why she agrees to become a surrogate. It's the most beautiful script I have come across and Mimi was one of those films which I agreed to be a part of in the first narration itself," added Kriti, while speaking to Mumbai Mirror.

Speaking about her character, Kriti revealed, "I had my own take on the emotions required to bring out her dilemma, and discussions with Laxman sir (director Laxman Utekar) really helped. It was interesting to discover feelings as an actress that I had never experienced in real life."

In the same interview, Kriti said that whenever she stepped out of her comfort zone, it has worked for her, wonderfully. While giving an example of Bareilly Ki Barfi, Kriti said, "It was the first time I played a small-town character and it got me a lot of love from the audience." 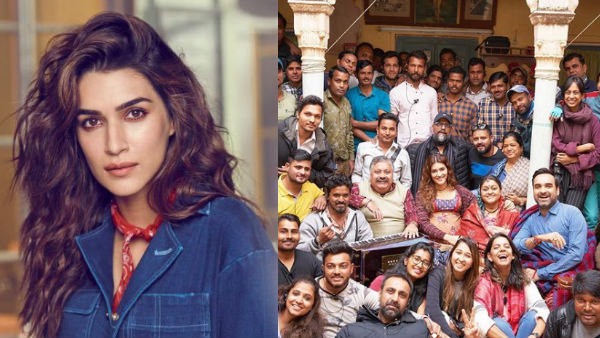 Kriti Sanon Reacts To Fans' Request To Maintain Her '15 Kilos Plus' Look: They Call Me Chubby Sanon

"Things changed in a good way after the film's release. Ditto, Luka Chuppi, which was a risky subject as it was exploring live-in relationships in another small-town set-up, but in a lighter way," asserted Kriti.

Speaking about her next projects, the Heropanti actress said that she is looking for scripts that have something meaningful to say and also give her the platform to showcase herself as a performer.