Professionally, Kunal Kemmu is going through a good phase. After delivering a fine performance in Kalank, the actor has now impressed everyone with his latest release, Malang. Starring alongside Aditya Roy Kapur, Disha Patani and Anil Kapoor, the romantic action-thriller came out on February 7, 2020, and since then has been performing well at the ticket windows.

Personally, Kunal Kemmu is enjoying fatherhood to Inaya Naumi Kemmu, and being happily married to Soha Ali Khan for five years. After living together for around two years, Kunal and Soha finally took the plunge in 2015 in an intimate wedding ceremony, amidst family and close friends.

Getting candid about his wife Soha Ali Khan, Kunal Kemmu told Deccan Herald in an exclusive interview, "Soha has been an influential part of my life for the longest time. She and I have had a very different upbringing but we indulged each other in a lot of debates and discussion about marriage. The best part about our marriage is that we respect each other's space and professions."

The good-looking actor also added that Soha is the one who keeps him calm and has brought stability to his life.

Also, speaking about his hometown Kashmir, the 36-year-old star said he can totally relate to what people are currently going through in the Valley, as he lived there till he was six. Since Kashmir is very close to his heart, the talented actor is indeed perturbed by the present situation of the state but he doesn't voice his opinion on Kashmir more often, as he fears the information might get misinterpreted.

"I have been asked why I don't air my views on a public forum. I don't believe in doing so because there could be chances that it would be misinterpreted. I don't want any misinformed news doing the rounds," said the Go Goa Gone actor.

Kunal will next be seen in Lootcase, which is scheduled to release on April 10, 2020. Whereas his much-awaited film, Go Goa Gone 2 will arrive in theatres in 2021. 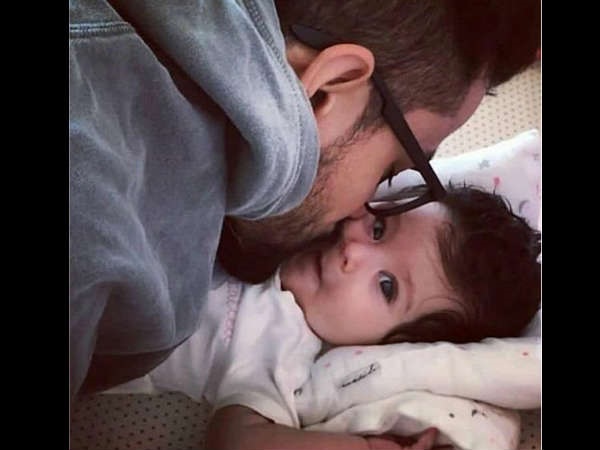 KISS OF LOVE! This Pic Of Kunal Kemmu Giving A Peck On Daughter Inaaya Naumi's Cheek Is Too Cute