That South superstar Vijay Sethupathi is making his big Bollywood debut this year with Aamir Khan starrer Laal Singh Chaddha is known to all. The comedy-drama is being directed by Advait Chandan and is the official remake of the Hollywood cult classic Forrest Gump that featured Tom Hanks in the lead. Apart from Aamir and Vijay, Chandan's directorial venture also stars Kareena Kapoor Khan in the lead.

While everyone is super excited to see Khan and Sethupathi on the big screen, we hear the latter will be undergoing a huge physical transformation for his role in the movie. Yes, as per a report in 123telugu.com, Vijay will be shedding 25 kilos before he starts shooting for Laal Singh Chaddha from June onwards. In fact, Aamir has already lost 21 kilos and will lean down further for his much-awaited release.

In some portion of the film, fans will get to see Aamir and Vijay as army officers and hence both the actors are working hard on their physical transformation. Khan, who is playing the titular role in the film, is also producing Laal Singh Chaddha in association with Viacom 18. And for those unaware, Advait is Aamir's manager who made his directorial debut with Secret Superstar in 2017.

Coming back to Vijay, the 42-year-old actor is currently busy filming for his upcoming Tamil action-thriller Master. Directed by Lokesh Kanagaraj, the movie stars Sethupathi in a villainous role whereas Thalapathy Vijay plays the hero. Master is scheduled to arrive in the cinema halls on April 9, 2020.

That's not all! Vijay has several films on his plate at the moment which means he'll have multiple releases this year including Laal Singh Chaddha which will hit the screens during Christmas. 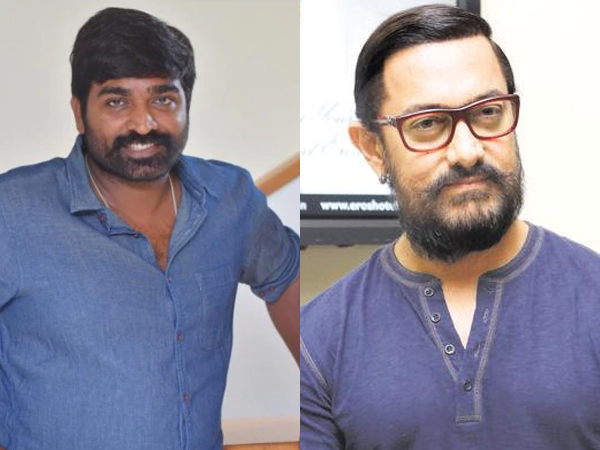 Aamir Khan And Vijay Sethupathi To Come Together For Lal Singh Chaddha?