While speaking to a media portal, Sushant Singh Rajput's Dil Bechara co-star Sahil Vaid defended Karan Johar, and said that despite all the hate that has been spreading in the name of KJo, the real villain remains hidden.

It's known to all that ever since Sushant Singh Rajput breathed his last (June 14, 2020), netizens have been lashing out at Karan Johar and have been blaming the director for not treating outsiders and star kids equally. Netizens also brought up many old clips of Karan from his chat show Koffee With Karan, and slammed the director for purposely mocking him.

Sahil told Navbharat Times, "I understand the hate that is being spread, but the villain remains hidden. I will not allow someone else's misdeeds to be blamed on one person. I am as much an outsider as Sushant was. No one has mistreated me. I was in a worse position than him. I started doing dubbing to feed myself. Sushant had made a name for himself in television. I am neither tall nor very good-looking. But look at Sushant. Yet I got three films from Dharma and Yash Raj Films." 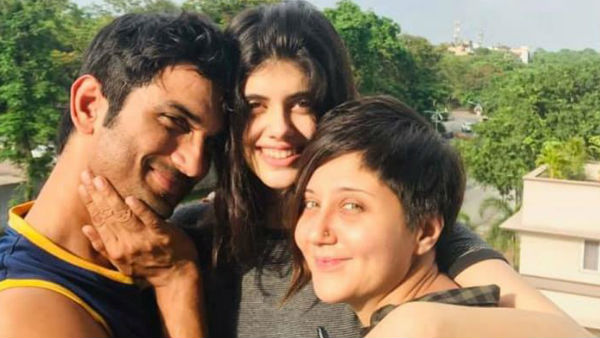 Sahil also shared that when Karan was being targeted by the angry netizens, he tried to reach out to the Ae Dil Hai Mushkil director, but didn't receive any reply to his text message.

Sahil also shared that he isn't very amused to learn all the evil things about the industry. "As someone from a middle-class family, alone in this city, I am also scared. If even 1% of what is being said is true, I don't know what the future holds for me," said the Dil Bechara star.