Rhea Chakraborty's lawyer Satish Maneshinde has stated that Rhea left the late Sushant Singh Rajput's place on June 8 because the latter's sister changed his medication. Rhea's sister Priyanka allegedly asked Sushant to take some medicines without prescription. When Rhea protested against this, she had an argument with Sushant and was asked to leave.

Speaking to India Today, Satish said that Sushant's sister Priyanka recommended three anti-anxiety medicines to Sushant on June 8 and this was the reason why Rhea left his house. "Rhea Chakraborty in her statements to the CBI and ED said that on June 8, Priyanka had chatted with Sushant. She asked Sushant to take three different medicines without prescription. Rhea protested as she said that he was already taking medicines prescribed by Sushant's doctors. Rhea had an argument with Sushant regarding the same and then Sushant asked her to leave. Rhea then called her brother, Showik Chakraborty, to take her home," he said.

Adding that the illegal prescription should be a point of investigation, he said, "It is highly improper. They need to be prosecuted for making false hospital prescription. In the prescription, it is said that it was made in OPD, which is false. Sushant didn't step out of his home. It should be investigated how Sushant got the prescription from Ram Manohar Lohiya Hospital while sitting in Mumbai. It was a forged document."

India Today accessed Whatsapp chats between Sushant and Priyanka which revealed that she sourced the medicines without prescription. This has also raised a question regarding Sushant's family's knowledge of his mental health issues. While the family had claimed that they were not aware of Sushant's illness, evidences are suggesting otherwise.

Sushant was found dead in his apartment on June 14, 2020. Rhea, his girlfriend, has been named as a suspect in connection to his death, by Sushant's family. 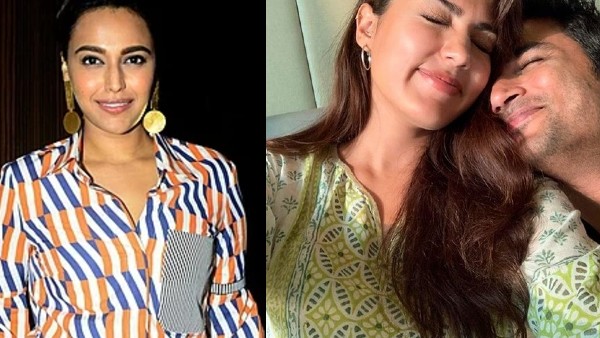