Earlier today, we have brought you the live review of Imtiaz Ali's Love Aaj Kal and most of the moviegoers, who caught the midnight screening of the film, came out all disappointed. As if the bad reviews were not enough to dampen the spirit of Sara Ali Khan and Kartik Aaryan, there's more bad news for the lead cast. On the very first day of Love Aaj Kal's release, the entire movie got leaked online on the notorious site, Tamilrockers.

Amidst the negative reviews, the online leak might create the double trouble for the film. We have to wait and watch if the leak hampers the collection of the film at the box office.

Meanwhile, here's what netizens have to say about Love Aaj Kal..

"#SaraAlikhan looks beautiful, @RandeepHooda is outstanding with his character . Beautiful locations , good songs and dialogues somewhere in the parts are highlights. It will do good business in its first weekend owing to #ValentinesDay weekend but will fall flat!"

"If you think Jab Harry Met Sejal was bad then trust me #LoveAajkal would ensure you lost your senses while watching the film, people with tremendous tolerance can survive it,rest will leave the theater before or after interval. Shocked Kartik and sarw chose to do this film." 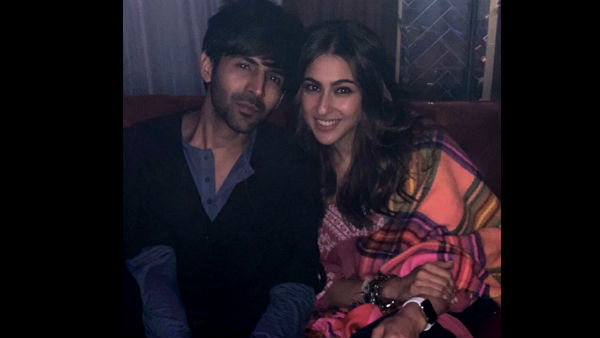