Actor Rohit Saraf, who made his big screen debut with the 2016 film Dear Zindagi as Alia Bhatt's brother, got talking about a 'bad phase' in his career when he couldn't find work for two years. He shared that he couldn't land projects despite auditioning for 50-60 ads in a month. This negatively affected him both mentally and physically.

"There was a very bad phase for me where for two years, I did not get any work, and this was initially when I started, in 2014-15. I did not do any work during that time, I did not even get ads. I would audition for 50-60 ads in a month and would get nothing. It affected me not just mentally but also physically. I put on 14 KGs in those two years. It was a very bad phase. I think it is important to have those phases too because if it is just an upward ride, you wouldn't know what down feels like," said Rohit, who was last seen in the recent Netflix movie Ludo.

Rohit revealed that this phase was after he shot for a film produced by actor John Abraham, which got shelved. "Of course, that time made me learn so much. But even then while speaking about it, it gives me a chill down my spine," he said.

Rohit added, "I can't tell you how scary it can be for an artist to be in a space where they don't know where the light is at the end of the tunnel."

Meanwhile, the actor was praised for his performance in The Sky Is Pink, which was produced by Priyanka Chopra Jonas and starred Priyanka along with Farhan Akhtar and Zaira Wasim. 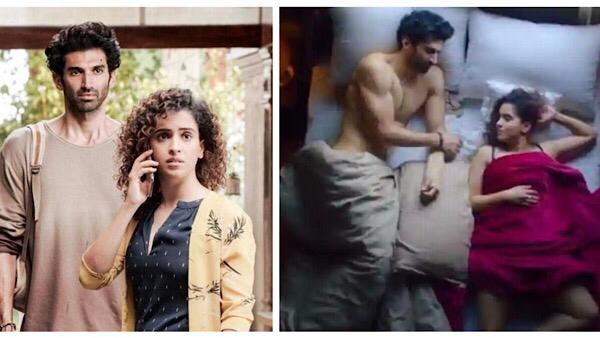