Many from the Hindi film industry agree that the OTT platforms has given space to experiment with content, and a platform to present what would normally not be presented on the big screen. But now, with the OTT having come under the ambit of Ministry of Information and Broadcasting, there is fear of censorship being imposed and curtailing creative freedom of content makers.

Critically acclaimed actor Manoj Bajpayee offered his take on possible censorship of OTT. While he admitted that sometimes filmmakers go overboard with freedom by depicting unnecessary violence, nudity and so on, they should still be left with the liberty to self-censor themselves.

Speaking to Hindustan Times about OTT censorship, Manoj said, "If at all, that happens, it will be sad. It will curtail the wings of filmmakers. I agree, people have the freedom and at times, they go overboard. If it is a story requirement, then it needs to. I think makers should get the liberty to self-censor as restrictions would hurt everyone. There are a number of shows like Delhi Crime, Scam or even Family Man didn't have any such scenes."

His last film, Suraj Pe Mangal Bhari released in theatres after they reopened post months of lockdown. Talking about the response the film got, Manoj said, "We only wanted people to love the film and the word of mouth has been stupendous. Whoever could watch the film liked it. Theatre owners were willing to screen the film in theatres. It is just the beginning. I am happy that we took that first step. I hope others will follow suit. We chose to go ahead knowing it would be difficult to go and watch it. Few braved Corona and watched it. It was a risk that paid off. It is a success for me." 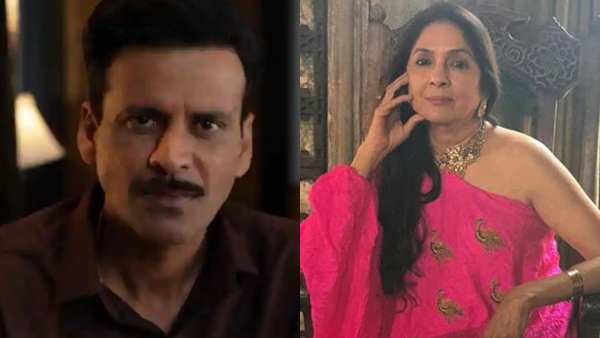 ALSO READ: Manoj Bajpayee Says He'd Work In Hollywood If He Got Good Roles; 'Don't Want To Start From Scratch'