Ever since Ranbir Kapoor and Alia Bhatt have made their relationship official, fans can't wait to see them romancing on the silver screen for the first time. The duo will next be seen together in Ayan Mukerji's Brahmastra, which also casts Mouni Roy, Amitabh Bachchan, Dimple Kapadia and Akkineni Nagarjuna in key roles.

In a recent interview with Bollywood Hungama, Mouni Roy couldn't stop gushing over Ranbir and Alia's chemistry and said, "They're fire on screen. As amazing actors as brilliant humans they are, in real life. It was my privilege to work with them."

She further added, "I love them together. They look so cute together. They look super-duper cute together, both on and off screen." Well, Mouni, we agree with you!
Speaking of the film, Brahmastra, we aren't well-informed about the progress of the film. When Mouni was asked about the same, she said, "I don't know, I would not know. Like you said, it's a very big film and I am a very small part of it. So, you'd have to ask the people concerned who'd actually know what's happening." 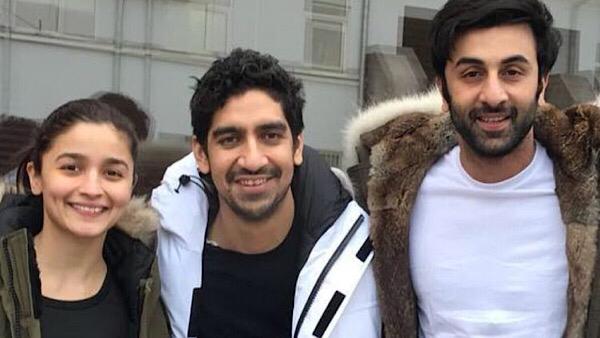 Brahmastra's VFX Portions To Be Completed In London? Ayan Mukerji Being Cautious To Prevent Leaks

Earlier, the film was supposed to hit the screens this year in December. However, the final schedule is yet to be shot and we don't know when the entire team would be able to shoot the remaining portions owing to the ongoing pandemic.

Not so long ago, a source close to the project was quoted as saying, "As of now, Karan Johar is looking to re-work the economics of the film. The members of the film's cast as well as director, viz. Ayan Mukherji, Ranbir Kapoor and Alia Bhatt, are aware of the ground realities, and have voluntarily decided to take a pay cut to make the project viable. In lieu of the diminished pay, Dharma Productions is contemplating offering them a profit share in the film's success. However details of the same have not yet been worked out."