In December 2017, a Mumbai-based businessman named Vikas Sachdev was accused of molesting a popular teen Bollywood actress on board a Delhi-Mumbai flight. The actor had later narrated her ordeal in an Instagram video.

On Wednesday, a special court in Mumbai held Sachdev guilty and convicted him to three years in jail, as per a report in Hindustan Times.

Special Judge AD Deo said in his verdict, "I am holding you guilty for section 354 (Molestation) of Indian Penal Code and Section 8 (sexual assault) of Protection of Children from Sexual Offences Act (POCSO). Sachdev faces a minimum jail term of three years under POCSO.

The report further revealed that the prosecution had examined seven witnesses including the ex-actor, a passenger and two cabin crew members.

The award-winning young actor had tearfully shared her ordeal in an Instagram video in December 2017, where she accused the man on the Air Vistara flight of rubbing his foot against her back and neck while she was half asleep.

In her post, the teen actor said, "So, I was in a flight travelling from Delhi to Mumbai today and right behind me one middle-aged man who made my two-hour journey miserable. I tried to record it on phone to understand it better because the cabin lights were dimmed, I failed to get it..."

"The lights were dimmed, so it was even worse. It continued for another five to ten minutes and then I was sure of it. He kept nudging my shoulder and continued to move his foot up and down my back and neck," she further said in her video.

On the other hand, Sachdev and his wife had countered the actor's complaint, insisting that Sachdev was returning from a funeral, was mentally disturbed and asleep when the incident took place. His wife claimed that it was 'unintentional'.

Meanwhile, the young actor stirred up a controversy last year when she announced her 'disassociation' from acting. 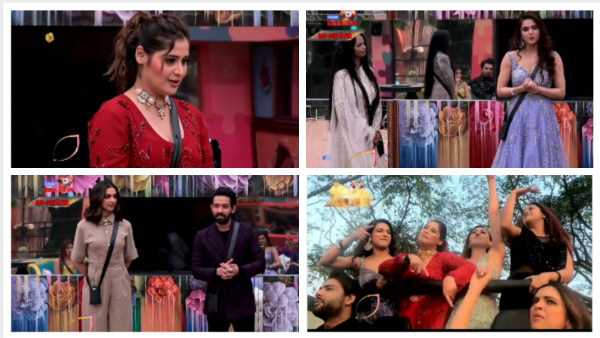 Bigg Boss 13: Arti Reveals Attempt To Rape Was Made On Her; Madhurima Says She Was Molested