Netizens can't stop taking a dig at Varun Dhawan. The actor recently graced the cover of GQ magazine January issue, wherein he can be seen donning a skirt. After coming across his photoshoot, fans are asking VD to stay away from Ranveer Singh. It's known to all that Ranveer is known for pulling off all kind of unexpected and outrageous outfits at the red carpet. However, some trolled Varun, while some drew comparison between Varun and Ranveer.

@spade__ak: "Ranveer be like: me kya karu fur job chordu."

Varun Dhawan also reacted to all the memes over him and Ranveer and laughed along with the netizens. Going by his reaction, once can vouch for the fact that Varun is one cool-headed star and he knows how to handle funny memes!

Speaking of Varun and Ranveer, the duo knows each other even before starting their filmy career. Not so long ago, Varun had spoken about his equation with Ranveer and had said, "Before Ranveer and I became actors, we used to often chill in the steam room of Otters Club. Ranveer is two years older than me and he used to tell me about the auditions he gave and ask for advice."

"Ranveer had just come back from university at that time. He hasn't changed. The guy that he was in the steam room, he hasn't changed since then. Lots of love for that man," had added Varun. 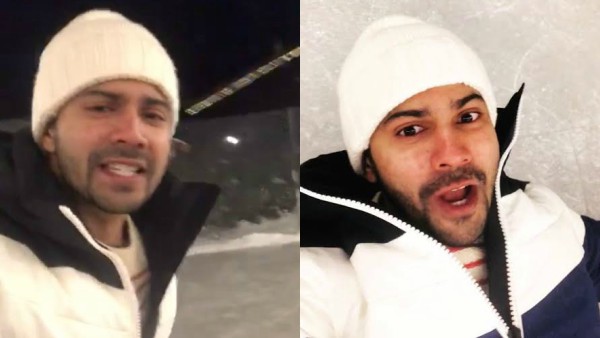 Speaking of Varun and Ranveer, both actors have already carved a niche for themselves within a very short span of time. Varun is currently gearing up for his next release, Remo D'Souza's Street Dancer 3D. Ranveer, on the other side, will be seen next in Kabir Khan's '83.