Ever since Priyanka Chopra raised her voice against the killing of George Floyd in the US, netizens have been constantly calling out the actress for being a 'hypocrite'. Yes, you read it right! Many of her followers asked the actress, if she is really against racism, then why did she endorse fairness creams in India. Amidst all the trolling, a netizen has shared an old video of Priyanka Chopra, wherein the actress claimed in an interview that she has never endorsed fairness cream in her career. However, soon after, the netizen attached the clip of Priyanka's fairness cream ad and captioned the video saying, "How can she be so blatantly hypocrite?"

How can she be so blatantly hypocrite? pic.twitter.com/Wa7c5GJ7r9

This particular trolling video is going viral on the social media and many netizens are shaming Priyanka for lying so blatantly.

While slamming Priyanka, a user wrote, "@priyankachopra can be a perfect ambassador for hypocrisy. 1) She says black is beautiful. 2) She puts black makeup and star in a fairness cream and to make money, which means black is not good. 3) she RTs #BlackLivesMattter. Oh, n her series Quantico also had a Hindu terrorist."

Another user wrote, "First of all people should stop treating them as role models blindly based on their screen image. If we know what's on reel may not be real then why they have larger than life fandom. What counts are real acts not acting. Judge everyone on their good deeds not on good looks."

"All those celebrities who endorse fairness products shouldn't be allowed to utter anything in support of Black people," tweeted another user.

What's your thought about the entire fiasco? Tell us in the comments section below. 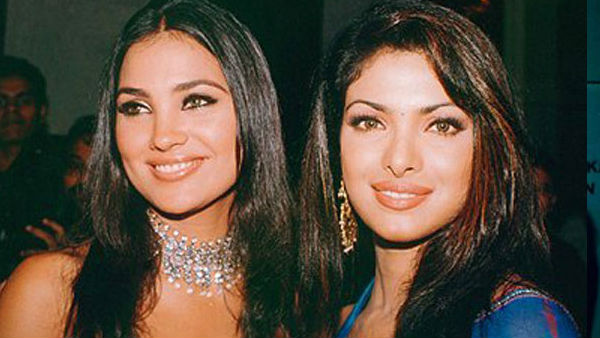 When A Miffed Lara Dutta Slammed A Reporter For Comparing Her With Priyanka Chopra!