A while ago, the trailer of Shakuntala Devi starring Vidya Balan in the lead role, dropped on YouTube and fans are already excited for its digital premiere. The film is based on the life of maths genius Shakuntala Devi, popularly known as the 'human computer'. Speaking about the trailer, Vidya wows fans with her witty act and leaves everyone rooting for her. Apart from Vidya, the film also features Jisshu Sengupta, Sanya Malhotra and Amit Sadh in key roles. It will release worldwide on July 31, 2020 on Amazon Prime Video. 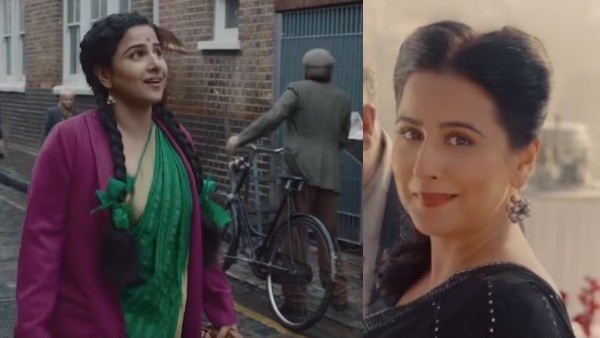 Have a look how netizens are impressed with Vidya's act..

@meranaamdivya: "#ShakuntalaDeviTrailer I don't know but this just gives me some influence of #MrsMaisel and cut to Bollywood drama. I appreciate #VidyaBalan. She has always given best so will definitely give a watch and of course story of record breaker #ShakuntalaDevi, human computer."

@sreeparnas: "Wow! This looks amazing! What a sparkling act by @vidya_balan. Absolutely looking forward to the film."

@mehuldarooka: "#ShakuntalaDeviOnPrime will make the haters of math also fall in love. Well I for sure am the first one who could fall in love."

@Rahulrautwrites: "Loved #ShakuntalaDeviTrailer... @vidya_balan is a magician and can pull off any character with full conviction.. Her "Kabhie Khushi Kabhi Gham" wala chemistry with @sanyamalhotra07 would be interesting to watch... Love to @TheAmitSadh and @Jisshusengupta too.. Eagerly waiting!"

What did you like the most about the trailer? Tell us in the comments section below!