Ever since Karan Johar was targeted over the 'nepotism debate' after actor Sushant Singh Rajput's sudden demise, a few celebrities including Sonam Kapoor and Swara Bhasker backed the director and asked the trolls not to drag KJo in each and every debate! Recently, when Swara supported Karan through her tweet, she received a myriad of negative replies and was trolled left, right and centre.

While praising Karan for not removing the content of his show, Koffee With Karan, that could have landed him in trouble, Swara wrote, "Let's take a moment & acknowledge that @karanjohar took this question on the chin, & answered in a candid & honest manner not taking unwarranted personal offense. Let's also acknowledge that he didn't have the infamous #nepotism comment removed from his chat show which he cud've." 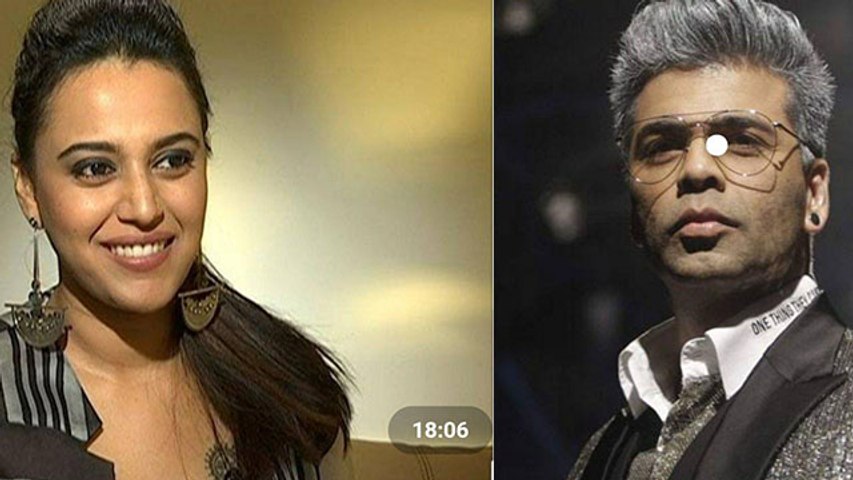 Swara Bhaskar supports Karan, says he needs to be given credit for not removing Nepotism comment

Swara's tweet didn't go down well neither with netizens nor Kangana Ranaut's team. The latter retorted saying, "Swara while doing chaploosi pls don't forget Kangana graced the show after many requests, she was the superstar and KJO was the paid host it is not for him to remove anything if channel wants it, and her voice needs no KJO to reach people 🙏"

Apart from Kangana's team, netizens also trolled Swara for her tweet and asked her not to portray KJo as a 'hero'.

Another user retorted saying, "Still you will never get Karan Johars films. If accidentally you get it, no one will watch. The same Indian Janta you call sanghi all the time. Do you think they are do fool and watch your films?"

"What a shame, for a moment you seem correct and then you again start to praise this king of nepotism, that's what you do when your soul is sold," wrote another user, upset with Swara's tweet.