Ever since names of Deepika Padukone, Sara Ali Khan, Shraddha Kapoor and Rakul Preet Singh cropped up in the drug case, netizens can't stop wondering why no male actor's name has popped up yet. While some are upset with the Narcotics Control Bureau's probe into the drug case with respect to Sushant Singh Rajput's death, others wonder why only female actors' names are being exposed. Here's how the netizens reacted..

@khyatigoradia: Such a male-dominated country we leave in. When are male actors' names pop out?.

@shailza.rana28: So all men are Saints, wow slow claps.

@justiceforsushi: I'm sure they'll get the patriarchy here. Although still why isn't any male druggist like Ranvir and Ranbir been caught up?

@poojamore385: Why any male actor's name is not there? Ridiculous!

@devikaaa07._: Why isn't the name of any male actor taken out I mean seriously😑😑

@messyheads___: Hmmm strange.... not a single male actor has been summoned... I wonder why?

Meanwhile, according to an entertainment portal, talent manager Jaya Saha who is being interrogated by the NCB has revealed a few more celebrities' names with respect to their involvement in consumption of drugs.

Coming back to Deepika, Sara, Shraddha and Rakul, their careers are indeed at stake. While some netizens have come out in their support, others are criticising the actresses and asking others to boycott their upcoming films.

Do you think they will come out clean? Tell us in the comments section below. 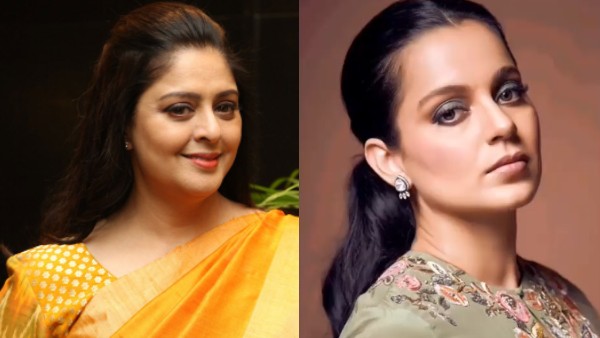 Nagma Takes A Dig At Kangana Ranaut; Asks Why NCB Hasn't Summoned Her For Taking Drugs In The Past