Pankaj Tripathi is among the most celebrated actors in the Hindi film industry today. As the nepotism and insider versus outsider debate rages on social media, the actor, who made it big in the film industry as an outsider, says there is a need for empathy and kindness in these times.

In a recent interview, Pankaj gave his two cents on star kids being at the receiving end of hate and negativity on social media. Having worked with Janhvi Kapoor in the recent film Gunjan Saxena: The Kargil Girl, Pankaj talked about her receiving flak for being a star kid.

"We, as humans, should have empathy and kindness inside us. At the same time one doesn't decide where they are going to be born, it's not in our hands. I know right now, the entire world has below average sensibility, and making the facts reach people through social media is difficult," he said.

He added, "If someone is in front of me and I criticise or abuse them, we can see their reaction, and that they felt bad. But on social media, you don't know how your comment is impacting the other person. I'm not in favour of or against anyone, but we should focus on how we can use social media creatively and healthily."

Pankaj admitted that star kids have an easy access to enter the film industry, but he feels that beyond access, it takes true talent to survive. He gave the examples of critically acclaimed actors such as Nawazuddin Siddiqui, Manoj Bajpayee, Sanjay Mishra and the late Irrfan Khan making it big in the industry and making a name on the basis of merit.

"In the film industry, there's the so-called path breaking cinema, and big production houses. Our dear Irrfan did (films in) neither of them, but I haven't seen a bigger actor than him in 20 years. The audience of India is democratic, they don't make an average actor or film work. If it does work, then we can say it's average, but it's not that for them," he said. 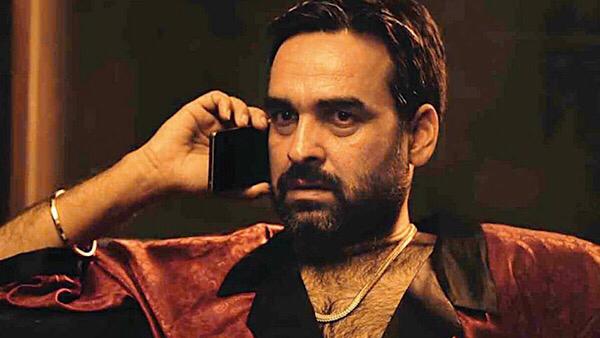 ALSO READ: Pankaj Tripathi: Nepotism Has Never Really Bothered Me In Any Way; The Audience Is Too Smart

ALSO READ: Gunjan Saxena Says The Intention Of The Biopic Was To Inspire People To Chase Their Dreams