After shooting for Baaghi 3 in Siberia for a month, Bollywood actors Tiger Shroff and Shraddha Kapoor took some time off for New Year 2020 celebrations with their families. The two are back in action and have started Baaghi 3's last schedule in Jaipur. While Tiger has shot for some portions, Shraddha will reportedly shoot for her first scene today in the city. Video clips and pictures from their sets have already hit the Internet.

The leaked pictures of Baaghi 3 also show co-star Riteish Deshmukh in a police uniform along with Tiger Shroff. Most of the pictures show the two actors riding around the city on a motorbike with a side scooter, Sholay style. Tiger can be seen in an action avatar, wearing blue denims and a checkered shirt. Take a look!

Riteish Deshmukh and Tiger Shroff on the set of #Baaghi3 in Jaipur pic.twitter.com/10kdXEopDn

. @iTIGERSHROFF and @Riteishd on the sets of #Baaghi3... They are currently shooting the film's last schedule in Jaipur... @ShraddhaKapoor is expected to join the sets from today! pic.twitter.com/zw2UlcCQQ0

According to Bollywood Hungama, Tiger Shroff is set to shoot for high-octane action sequences in the Jaipur desert for Baaghi 3 and will also be shooting for key portions of the film on the city streets. Some of the other major scenes from Baaghi 3 have been shot in Pancevo, Pozarevac and Kevin in Serbia.

One of the videos shows there is tight security on the sets of Baaghi 3 and several extras were also seen riding alongside Tiger and Riteish on the streets. While another video shows Tiger waving to his fans who were watching the shoot from the rooftops of their houses. Tiger can be seen in a grey tank tee, standing at the edge of the rooftop he was shooting on.

Shraddha Kapoor is set to shoot for a peppy dance number in Jaipur for Baaghi 3. It is said to be a three-day shoot and will also see actress Ankita Lokhande shooting alongside Shraddha as her sister and Riteish's wife in Baaghi 3.

The film is the third instalment in the Baaghi franchise and will reunite Shraddha Kapoor and Tiger Shroff, who were seen together in the first film. Directed by Ahmed Khan, Baaghi 3 is set to release on 6 March 2020. 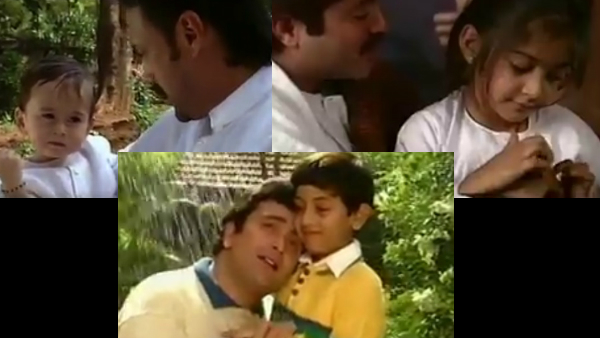 When Ranbir Kapoor, Tiger Shroff And Sonam Kapoor Starred As Kids In A '90s Video With Their Fathers