Priyanka Chopra is one of those inspiring actresses whom we love listening to. From her struggles to her achievements, everything about our 'Desi Girl' aspires us to work hard towards our goal. The Barfi actress recently graced the cover of a British magazine 'Tatler' and spilled the beans about her family. Did you know that Priyanka's grandmother used to be worried about her because she was alien to cooking? Yes, you read it right! Here's what Priyanka revealed about her grandmother and her parents.

Speaking about her parents and how they influenced her, Priyanka said, "All my mother's sisters were academics and my dad was a free-thinking creative, a musician and an artist, as well as a surgeon. My grandmother - my dad's mum - always used to say, about me, 'Who's going to marry her? She can't cook.'"

"And my dad would say, 'I'll send a cook with her. She never needs to go into the kitchen.' My mum didn't know how to cook when she got married. My dad taught her how. And he taught her everything he liked to eat. Clever man."

Guess what? Whoever said that 'behind every great daughter is a truly amazing dad' was right!

In the same interview, Priyanka also spoke about her husband Nick Jonas and revealed how he takes immense interest in her work. "It's something my husband loves about me. He gets really excited when I come in with business to talk about over dinner. Hove that both of us are extremely focused when it comes to our careers and that we respect how much our work matters to each other." (sic) 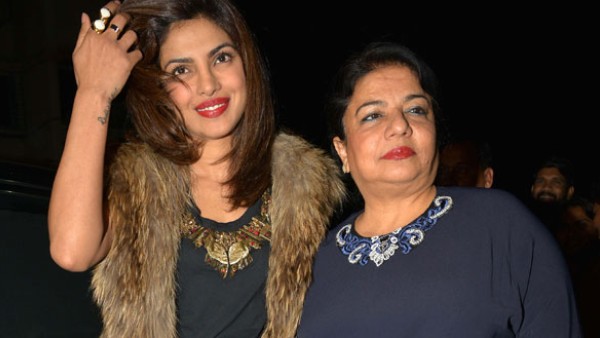 Speaking of work, Priyanka was last seen in The Sky Is Pink, which also casts Farhan Akhtar and Zaira Wasim in key roles. Though the film failed to rake in money at the box office, PeeCee left the critics all impressed with her brilliant act!

She will next be seen in The White Tiger alongside Rajkummar Rao.