Diwali is all about spending time with family and friends, but actor Radhika Madan missed being with her elder brother Arjun this Diwali. As she celebrated Bhai Dooj virtually with him, Radhika opened up about the role that her brother has played in her life and how they have celebrated festivals such as Bhai Dooj and Raksha Bandhan while living apart.

In an interview with Hindustan Times, Radhika shared that celebration of festivals like Raksha Bandhan and Bhai Dooj with her brother happen with a lot of 'nok-jhonk'.
"Video calls happen, but since we are in different time zones, I usually tie him a rakhi and do the teeka before he leaves for Toronto, two-three months earlier for past many years. I also mail him the rakhi and a card, and mithai, and he buys something for me," said Radhika.

Talking about how Arjun was the coolest brother growing up, Radhika said, "He never acted as a big brother from the very beginning, he was like the coolest, be it even the songs he would listen to. I always looked up to him in that sense. He would be updated about everything happening in the world. Whenever I had a crush in school, he was the first person to know about it! Even when I had my first relationship, he was the first one to know."

Arjun too had a lot of love to shower on Radhika as he praised her dedication to work. "And that translates into her performance, she works very hard on herself. I wouldn't want to change anything at all about Radhika. She's my little sister, and has the freedom to do whatever she wants. She can get away with anything, I love her a lot," he said.

She will next be seen in Shiddat: Journey Beyond Love, starring alongside Sunny Kaushal, Diana Penty and Mohit Raina. The romantic drama is being directed by Kunal Deshmukh. 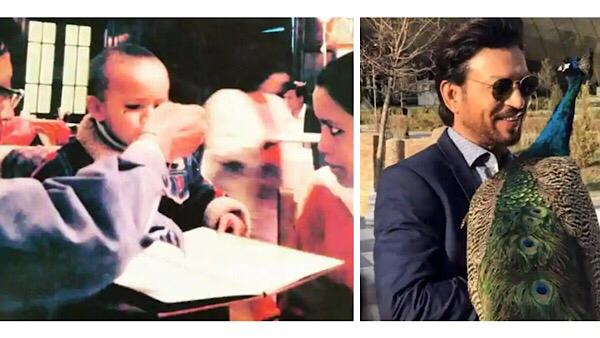