Today is indeed an iconic day for our nation as Prime Minister of India, Narendra Modi, has arrived in Ayodhya for Ram Mandir foundation stone laying ceremony. While addressing the nation, PM Modi said, "The temple should be constructed on the foundation of mutual love and brotherhood." Actress Kangana Ranaut who's as elated as the other countrymen, urged her fans to delve and go beyond our 'roti, kapda and makaan' needs, and see what we lack as a society and how we can revive that.

Speaking about Ram Mandir and Lord Ram, Kangana told an entertainment portal, "For me, a temple isn't about pillars, bricks or just a structure. It's a symbol of something that our civilization considered the highest. Ram is not a God, he's Purushottam- an elevated man. He's no more but his qualities continue to live."

She further added, "The temple is a symbol of those qualities. He established Ram Rajya which to a great extent was followed by Mahatma Gandhi and that's how he got us freedom, so his consciousness prevailed through so many great beings and continued to save us and affect our lives."

For the unversed, Kangana had earlier announced that she will direct a film based on the 600 years journey of Ram Mandir titled Aparajita Ayodhya. 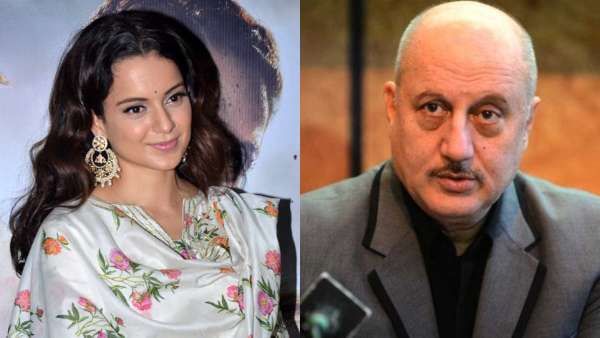 Kangana also spoke about her directorial and said that in her film, there are several real Muslim characters who had fought in favour of the Ram temple. She further added that the film will be a story of devotion, faith and above all, unity in the country.

"Ram Rajya is beyond a religion and that's what Aparajita Ayodhya will be about. It's a very tough screenplay as it travels across 600 years and the Ram Mandir bhumi pujan will very much be a part of my film. Vijayendra sir has put it together in a beautiful way."

Are you looking forward to Aparajita Ayodhya?