This year is one of the worst years for Bollywood. From losing stars like Rishi Kapoor, Irrfan Khan, Sushant Singh Rajput, etc., to theatres being shut for months owing to the ongoing novel Coronavirus pandemic, industry people are living their worst nightmare. Amid all the chaos, veteran actor Randhir Kapoor misses his brother Rishi Kapoor, and reveals why he enjoyed his company so much.

Rishi Kapoor breathed his last on April 30, 2020, after a year-long battle with leukaemia. He is survived by his wife Neetu Kapoor, son Ranbir Kapoor and daughter Riddhima Kapoor Sahni.

While speaking to ETimes, Randhir spoke about his bond with his deceased brother and said, "It's an emotional loss to me. We had many common likes and dislikes. We both were fond of good food and booze. We would often party by ourselves. We would call up each other and tell each other 'Kya kar raha hai? Agar tum nahi aate ho, toh main chala aata hoon (What are you doing? If you're not coming, I will come)."

Randhir Kapoor further added, "We didn't need a crowd to entertain us. I miss that. We were very jolly and were happily living our lives. Now, one passenger has finished his journey. Let's see what happens now."

When asked what he and the Karz actor used to talk about during their food and booze sessions, he said, "Anything and everything. And that's simply because we were happy amongst ourselves. It could be even about space. We often travelled together, so sometimes that too."

Meanwhile, Randhir Kapoor is elated by the news of daughter Kareena Kapoor Khan's pregnancy. For the unversed, Kareena and Saif are expecting their second child. Currently, the veteran actor is proud grandfather of Kiaan, Samiera and Taimur. 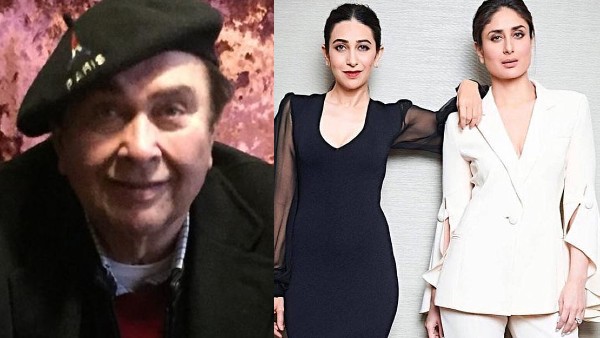 Randhir Kapoor Opens Up About His Instagram Debut; Says It Was Kareena And Karisma's Decision