Rani Mukerji has given us a lot of memorable films throughout her illustrious career. The Bollywood diva has many loved characters to her credit, and she shared screen space with some of the biggest names in the film industry. One of her most loved performances is in Aziz Mirza's Chalte Chalte, in which she starred opposite the King Of Romance- Shah Rukh Khan.

As Chalte Chalte clocks 17 years today (June 13, 2020), the Mardaani 2 actress walked down the memory lane and revealed that the Shah Rukh Khan-starrer is one of her favourite films.

The actress revealed, "Working with Shah Rukh has been one of my favourite things! It was Shah Rukh's production and it was the first time I had visited Greece, Mikonos and Athens which is a fun memory for me. The beautiful blue and white houses was a landscape which I had not seen before. The island was just amazing to stay and shoot. Athens also has such stunning architecture, such heritage, so many things which speak of history! We had a very nice outdoor during Chalte Chalte."

Chalte Chalte And The Trend Of Smokey Eyes

Rani gave India the big trend of smokey eyes through Chalte Chalte, and she credits celebrity make up artist Mickey Contractor for his vision to create something completely new and stunning for her.

Rani revealed, "Mickey said 'Rani, I want to do something new.' For me, Mickey has been such a senior person in the makeup industry. He has seen me from Kuch Kuch Hota Hai, so I trust Mickey blindly. He can do whatever he wants to do on my face. He said, "I am doing something new Rani, do not freak out or be paranoid, this is something that I want to try." l said of course, and that's when Mickey did the first smokey eyes and the rest is history! Today, everyone knows and does smokey eyes but back then, Mickey did it for the first time!"

She further added, "I remember smokey eyes becoming a huge rage during the release and everyone kind of adopted that style of makeup. Mickey and me today also chat about it and he says that Rani had you not trusted me with doing those eyes for you, the look probably would have come much later! I am so glad that I went ahead ,and the makeup in Chalte Chalte has always been one of my favourites ever and smokey eyes became something that was very synonymous with!"

Shah Rukh Khan is known for his big heart and the hospitality that he rolls out for people on his sets or his team. Chalte Chalte was no exception!

Speaking about it, Rani said, "It (Chalte Chalte) was a Red Chillies production and we were looked after humongously because Shah Rukh always kind of goes out of his ways to make his unit member and actors very comfortable and I have had a great association with Red Chillies whether it's Chalte Chalte or Paheli. It's one of the best production houses. I really miss working with Shah Rukh's production because he takes such special care!"

The actress remembered late Bobby Chawla, Juhi Chawla's brother, who was an integral part of Red Chillies. She says, "We had Bobby, Juhi's brother, who is no more with us. I remember how he used to handle production and take care of us. It‘s a memory that I will cherish forever. Chalte Chalte is special because of so many people who were involved with that film like Bobby. He had such a wonderful presence and I do really miss him." 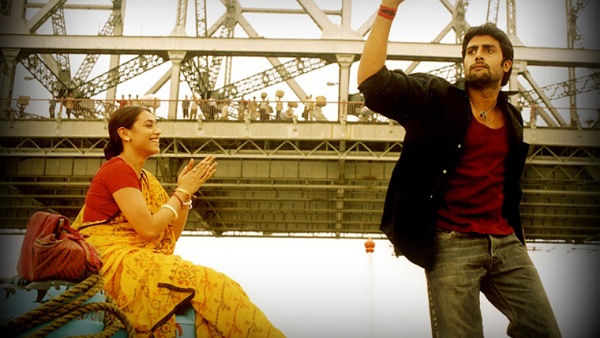 ALSO READ: Rani Mukerji Reveals The Reason Why She Fell In Love With Aditya Chopra & We Agree With Her!