Poonam Pandey got married to her longtime boyfriend Sam Bombay in a traditional ceremony on September 1. However, just a few days after their wedding, Sam was arrested on Tuesday in Goa after she filed a complaint claiming he had molested, threatened and assaulted her, said the police report.

According to reports, the incident took place amid Poonam's shooting schedule while she was in Canacona village in south Goa. As per a PTI report, Inspector Tukaram Chavan of Canacona Police Station said, "Pandey filed a complaint late Monday night claiming her husband Sam Bombay had molested her, and threatened her with dire consequences after assaulting her. He was arrested." Poonam Pandey was subjected to mandatory medical tests, he added.

Sam Bombay was arrested under Sections 323, 504, 506(II) of Indian Penal Code but was later released on bail.

Poonam And Sam Got Engaged In July

Poonam and Sam reportedly were in a live-in relationship for two years. The duo got engaged in July and tied the knot earlier this month among their close friends and family members in their Mumbai home. Poonam shared the news on Instagram on September 10 and wrote, "Here's looking forward to seven lifetimes with you."

The Duo Tied The Knot On September 1

Talking about her wedding she had told a portal, "I have known Sam for three years now and we have been living together for two years. I met him while shooting for a project. We couldn't ignore the fireworks between us and everything has been like a romantic Bollywood movie since".

Poonam And Sam Took A Trip To LA Earlier This Month

Last week, the duo was reportedly spotted heading to their honeymoon. Poonam also shared posts on social media with captions like "Having the best honeymoon." The two took a trip to LA and at the airport, Poonam was spotted wearing a traditional Chooda, Mangalsutra and Sindoor. 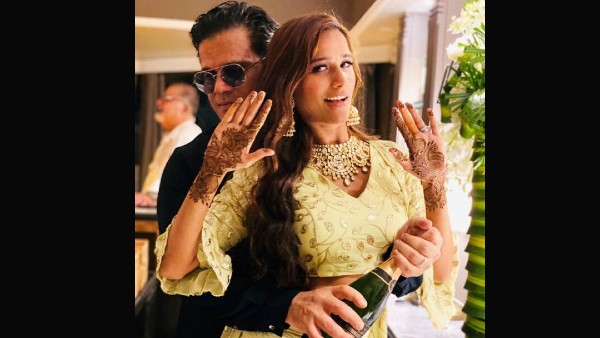