Neither actress Rhea Chakraborty nor actor Sushant Singh Rajput has confirmed their relationship. However, from the last one year, rumours have been rife that the duo is madly in love and loves to spend time with each other.

In a recent tête-à-tête with a media agency, when Rhea was asked about the same, Rhea said, "Sushant is a dear friend. It (spotlight) doesn't bother me. We are people who are in the limelight. If we want people to watch your films, they will also want to talk about our personal lives. It's the most common psychology to discuss other people. So I don't get bothered by it."

Earlier also Rhea had spoken about her alleged affair with Sushant and denied having any romantic relationship with the actor.

She told ETimes, "Neither Sushant Singh Rajput nor I have ever admitted that, so it's not true. Sushant and I are really good friends. I've known him for eight years now. We were in YRF together and we had the same manager for a long period. Our friendship has evolved over the years. I love all my friends and I don't hide that. I am very public about my love for the people in my life, whether they are girls or boys."

"Whereas Sushant is a concern, he's one of the nicest and the coolest person I know. I don't know about him but to me, he's super cute and attractive. But I don't know what he thinks about me," Rhea added further.

Interestingly, on January 21, Rhea posted a cosy picture with Sushant from a vacation and captioned it saying, "Happy birthday to the most beautiful "supermassive black hole" that is known to mankind! Shine on you crazy diamond."

Looking at Rhea-Sushant's pictures, many netizens assumed that the duo is indeed in a relationship. After all, a picture speaks a thousand words! 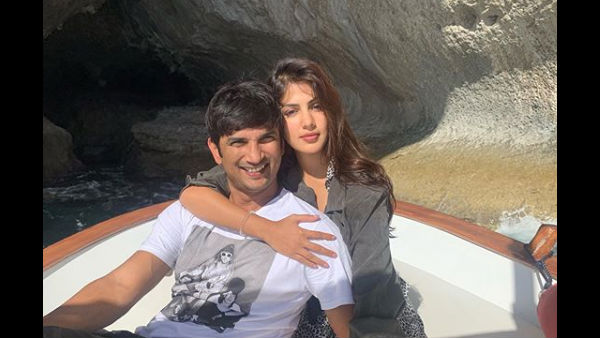 Is Rhea Chakraborty Dating Sushant Singh Rajput? Here's What The Actress Has To Say!