Rumours have been rife that Sushant Singh Rajput and Rhea Chakraborty are dating each other. Although the two have never publicly acknowledged it, being spotted together and their posts on social media are enough to make fans wonder if they are in a relationship or not.

In a recent interview, when Rhea was asked to comment on the link-up rumours of her and Sushant, she avoided spilling any beans.

In an interaction with Hindustan Times, when Rhea was asked about her relationship status and if there was any truth to the news of her and Sushant dating, she said, "We've been very good friends for many years. I am fond of working towards our shared goals, like starting our new NGO, and travelling. If there is anything else between us or not, this isn't something that I want to disclose yet."

Speaking more about the NGO she is opening with Sushant, she said, "I'm also starting an NGO with Sushant and my brother to provide free education to needy children. As actors, we do have certain powers. I want to use them for the right cause."

Recently, Rhea posted a couple of pictures with Sushant on her Instagram, wishing him a happy birthday. She wrote as caption, "Happy birthday to the most beautiful " supermassive black hole " that is known to mankind ! Shine on you crazy diamond @sushantsinghrajput 💕💥❤️🌈⭐️🍭💜🧡 #boywithagoldenheart #rheality" (sic).

Happy birthday to the most beautiful ” supermassive black hole “ that is known to mankind ! Shine on you crazy diamond @sushantsinghrajput 💕💥❤️🌈⭐️🍭💜🧡 #boywithagoldenheart #rheality

On the work front, Rhea will next be seen in the Amitabh Bachchan and Emraan Hashmi starrer Chehre. It is a mystery-thriller directed by Rumi Jaffrey and produced by Anand Pandit. It is scheduled for release on July 17, 2020. 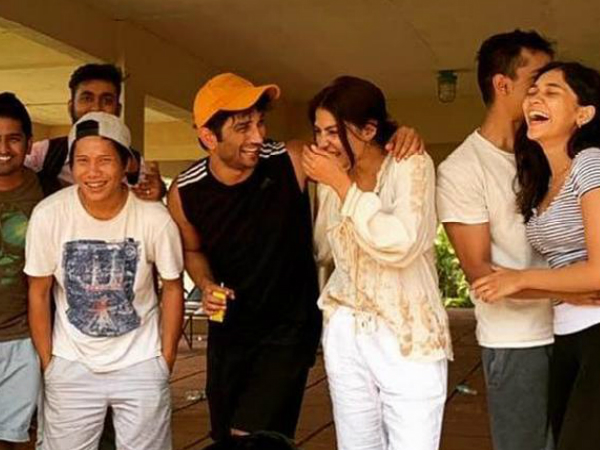