Richa Chadha and Kangana Ranaut are two Bollywood personalities on two completely opposing sides of the political spectrum. So, when Richa and Kangana came together to star in Ashwiny Iyer Tiwari's directorial Panga, they steered clear of discussing politics. Richa said that she and Kangana made the film peacefully and professionally, and that they never discussed politics on set.

Speaking to IANS, Richa stated that actors never discuss politics on a film set, no matter which side of the spectrum they are on or which political ideology they subscribe to. She said that when she goes on a film set, she is not there to change anyone's beliefs and their politics. "Everyone has their own beliefs and I am vocal about things that I strongly believe in," she said.

Talking about Panga and her equation with Kangana, she said, "When it comes to Panga, we were making a film. We did that peacefully, professionally and in sync with the vision of the director. And there is no doubt about the fact that Kangana is a brilliant actress."

She added, "I am someone who has worked in films with different actors and when we actors work in a film, we all come together professionally to put our effort to make a film, tell a story. That is the intention and in Panga, too. Kangana and I came as two professionals acting in a film. It is that simple."

Panga co-stars Jassi Gill, Yagya Bhasin, Neena Gupta, and Pankaj Tripathi alongside Kangana and Richa. The film is about a mother who is a former kabaddi champion and is aspiring to make a comeback to the sport. Panga is produced by Fox Star Studios and is set to hit screens on January 24, 2020. 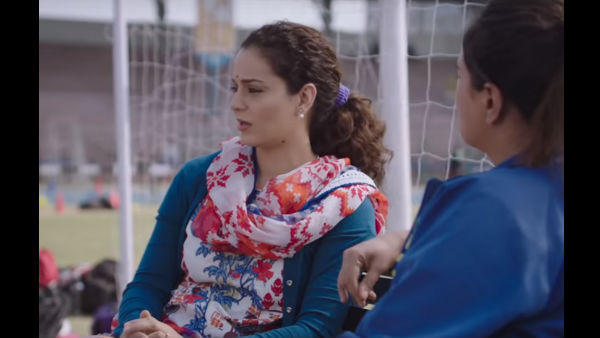 ALSO READ: Kangana Ranaut's Mom Wonders Why She Attracts Trouble; Kangana Says It's Because Of Her Success