Sara Ali Khan is all set to star in the sequel of Love Aaj Kal, a film which starred her dad Saif Ali Khan opposite Deepika Padukone. Many believe that things have come full circle, and even Saif agrees that times have changed. Saif shared his thoughts on Sara being in the sequel.

Talking to Mumbai Mirror, Saif said, "It's great but I don't know how to feel about it. Even I could have acted in the sequel (laughs). I just did the remix of my song, Ole Ole (from Yeh Dillagi) for Jawaani Jaaneman and now my daughter is acting in a sequel of my film. It's lovely and I wish her all the best. Time really is flying."

After the wrap, Sara had taken to Instagram to pen a touching note. She thanked Imtiaz Ali for making her dreams come true, and was grateful for the warmth, patience and consideration with which he treated her every day.

She also thanked her co-star Kartik for making her comfortable, and constantly looking out for her. "I'm going to miss you more than you know and more than I can admit," she concluded. It is speculated that Kartik and Sara are in a relationship, as they are often snapped together, and share adorable pictures of each other on their social media.

Meanwhile, Saif will be seen in Jawaani Jaaneman, a drama in which he plays a forty year-old father. The film also stars Tabu and debutant Alaia F. It is directed by Nitin Kakkar, and scheduled to hit theatres on January 31, 2020. 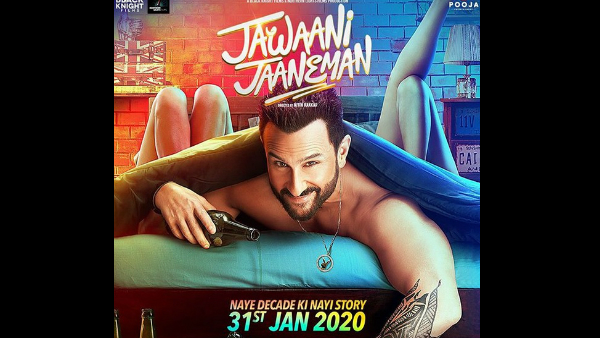