Yesterday (May 25, 2020), the entire nation celebrated Eid with less enthusiasm and social distancing. The three superstars of Bollywood, Aamir Khan, Shah Rukh Khan and Salman Khan also had a silent Eid celebration with their near and dear ones. Unlike previous years, Shah Rukh Khan ditched meeting the media on Eid, while Salman refrained from returning to his Galaxy Apartments in Mumbai and rather chose to stay at his Panvel farmhouse.

When a leading daily asked Salim Khan, how was his Eid celebration without the presence of Salman Khan, he said, "He has been spending a lot of time there. I just spoke with him today on the phone and we exchanged wishes. We are always in touch with each other through our regular phone calls."

Salim Khan also spoke about the ongoing lockdown in the wake of the Novel Coronavirus outbreak. He said, "It has been going like this from over last two months. I am used to it now. I followed my regular routine. I woke up early and went out for my morning walk. I came back and did things that I do on a normal day." 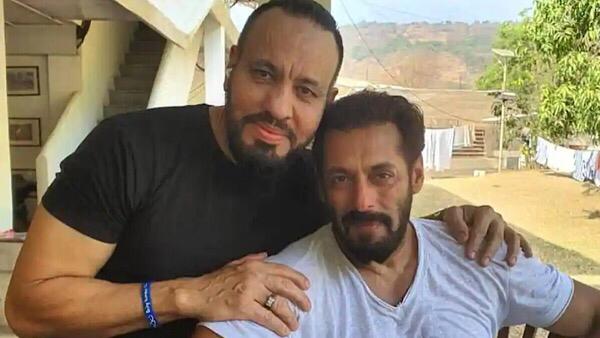 Salman Khan's Bodyguard Shera Celebrates Eid With Him: My Eid Isn't Complete Without My Maalik

Coming back to Salman, on the eve of Eid, the actor released a new track titled 'Bhai Bhai' for his fans and wrote, "Since we couldn't release our film on this Eid, I have worked on a very special song for all my wonderful fans. It is called 'Bhai Bhai' as it celebrates the spirit of brotherhood and unity. Eid is the best day to release this as it is also the festival that brings people close to each other. I hope people enjoy the song as much as I did while making it for them."