Salman Khan, the reigning superstar of contemporary Hindi cinema is currently busy with the shooting of his much-awaited project, Radhe: Your Most Wanted Bhai. There has been a lot of speculations about the next outing of crowd-puller from the past few months. The latest buzz is that Salman Khan is teaming up with director Kabir Khan, once again.

Reportedly, Kabir has approached Salman for his next directorial venture. According to the report published by a popular news portal, 'Kabir Khan, who wrapped up shooting for '83 recently, has narrated an idea to Salman, which he has loved. The duo have discussed a probably collaboration and might go ahead with the same once Kabir locks the script and screenplay. Both of them are eager to collaborate after a 4 year break', revealed a close source.

'It is in a very nascent stage and things will be clear on this towards the second half of the year. Salman will finish another film before moving onto Kabir's next, if things materialize as expected," the source said further.', added the source.

Kabir Khan and Salman Khan last teamed up for the 2017-released period war drama Tubelight, which was a critical and commercial failure. Later, it was rumoured that the actor-director duo had a fallout. However, both Salman and Kabir chose to remain silent over the reports.

However, the speculations regarding a patch-up between the duo started doing rounds after Kabir Khan was spotted with Salman Khan at the premiere of the superstar's latest release Dabangg 3 and the Christmas party hosted by his sister Arpita Khan Sharma. 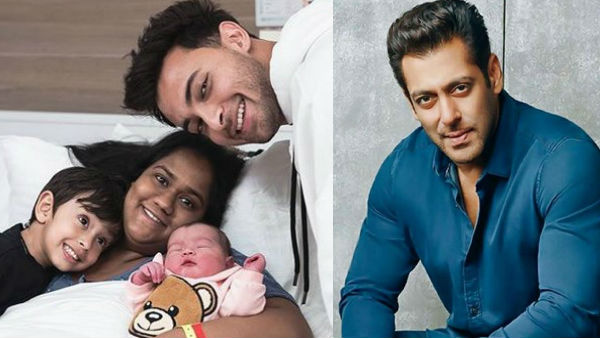